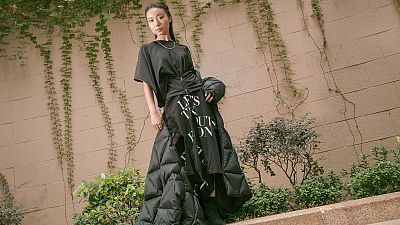 Fashion titans from high street stalwarts H&M and Zara to luxury leader Gucci are set to become the first to sign a pact committing to improving sustainability standards in the fashion industry.

The three are set to take the step at this week’s G7 summit in Biarritz, France.

Gucci owner Kering will be among the founding members of the pact, after Kering CEO François-Henri Pinault was headhunted by French president Emmanuel Macron to engineer the pact’s content.

H&M Group – which also owns stores Cos and Monki - confirmed it would also become one of the first signatories to the pact, saying it would release a statement detailing the extent of the commitment later in the week.

Signatories to the commitment are expected to pledge to improve sustainability standards in the industry and take steps to combat its contribution to climate change and pollution. However, details of the content of the pact remain scarce, so we asked sustainable fashion experts for their take and what they’d like to see from such a commitment.

Qiulae Wong, head of product at the Common Objective

Those at sustainable fashion collective CO want to see more reporting on impacts and specific targets, says Wong. “Rather than pledges and commitments, we must hold those taking the pledges accountable otherwise it’s meaningless.”

For Wong, top of the agenda would be measures to reduce carbon emissions, and improve workers’ rights. “May that be by engaging with trade unions or committing to paying workers a living wage, we’d like to ensure brands are transparent when reporting on their progress,” she told Euronews Living.

“Sustainability needs to be seen as a commercial opportunity. The word ‘sustainability’ should be synonymous with success, and it’s really picked up momentum recently” she told Euronews Living. “Even for leaders like Kering, sustainability is a journey that’s never over.”

However, the potential pitfalls of such a pact arise in the sheer volume of competition. “There are hundreds of global commitments on sustainable fashion and even more on a local level,” she says. “This pledge needs to stand out from the noise, because even in the last 6-12 months there have been plenty of new ones launched, like the UN’s Sustainable Fashion Charter.”

It’s a similar story at Fashion Revolution. “We applaud that this issue is obviously high up on Macron’s agenda and we’re really eager to see what comes of next week,” Lovejoy said.

“Ideally, this pact will be able to support and consolidate existing schemes like ACT [an agreement between brands and trade unions to bring living wages to the fashion industry] and the UN Sustainable Fashion Charter.

“These schemes need to support one another because we really believe collaboration is key to solving the industry’s major problems.”

She too is adamant that the pact must feature “ambitious targets and required reporting” to ensure transparency in the brand’s progress and pave the way for others to join the initiative.

“The G7 Summit itself is focusing on the UN Sustainable Development Goals, so we’re also expecting to see issues like health and wellbeing, gender equality, and life below water addressed in addition to tackling climate change.”