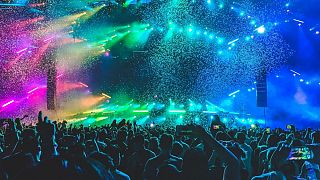 The themes of climate change and the environment took centre stage at Glastonbury this year along with the unforgettable Stormzy, The Killers and The Cure. I went along to join the fun, and witnessed numerous prestigious acts praise Glastonbury’s commitment to reducing the environmental impact of the festival. But did the festival achieve its goal to make plastic a thing of the past?

How did Glastonbury Festival intend to go plastic-free?

This year, Michael and Emily Eavis made the historic decision to make Glastonbury Festival 2019 plastic-free. So, while at the festival, I found it impressive to see festival goers buying canned water, being supplied with wooden cutlery, eating food on paper plates and filling up their bottles from the 850 water points on site. Scenes were very different to last year. With the utmost respect for the Eavis family and their commitment, I applauded their decision, however I didn't quite enjoy the sometimes 30 minute queues to fill up my water bottle!

One of my highlights from the whole experience was Sir David Attenborough making a surprise appearance on the Pyramid Stage to praise Glastonbury’s decision to go plastic free. The great man announced that, as a result, more than one million plastic bottles will have been saved by the over 200,000 festival attendees. As you'd expect - he received the loudest applause of the weekend!

On another positive note, Emily Eavis announced on 2nd July that as a result of the farm’s message for attendees to ‘Love The Farm, Leave No Trace’, a staggering 99.3% of tents were taken home at the end of the festival. To compare, in 2017, the same call to 'respect the farm' did not achieve the same effect, with an 81% reduction in tents left at Glastonbury. So evidently, the scheme was taken more seriously in 2019, as fun-seekers are more aware of environmental concerns and the gravity of the climate crisis.

But was the festival entirely plastic-free?

Despite Glastonbury’s commitment to reducing plastic waste, this did not stop attendees bringing plastic with them and leaving it strewn on Worthy Farm. It saddened me to see people still bringing in throwaway plastic bottles clandestinely, as well as single-use camping chairs that were bound to be left behind. 1,300 volunteers are currently having to undertake a potentially six-week long clean-up operation to deal with all the leftover camping chairs, plastic bottles, blow-up mattresses, flip flops and cool boxes.

Unfortunately, it also emerged that the onsite Co-op sold items in non-recyclable packaging too, which was not in sync with the rest of the festival's ethos. Most memorably, Co-op's bags of ice were non-recyclable and they were in high demand as temperatures rose to 28C.

Glastonbury is certainly leading the way in banning plastic from large scale events, but we still have a long way to go if attendees are going to commit to an anti-plastic mind-set. What's more - brands and sponsors have to commit too, for us to see any change in the future of music festivals.