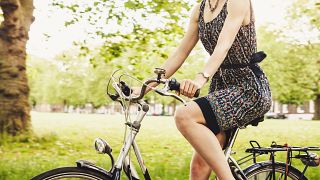 As Europe weathers an incredible heatwave that experts are linking to climate change, the ongoing climate emergency has been difficult to forget this month. In an effort to help soothe your panic for a short while we bring you more good news! Continuing on from May's positive stories we bring you a selection of inspirational articles for June.

From prawns to Potter, we fifteen environmental advances and initiatives that have inspired us this month.

1. Majority want their next home to be built with sustainable materials

A survey by window manufacturers, Eurocell, has revealed that over half of 25-40-year-olds see sustainable materials as an important factor when considering their future homes. Hopefully this will encourage more sustainable design features to be built into homes of the future!

New York City-born rapper, Junglepussy, has been back to her old high school to serve as a judge for their annual fashion show. She praised the student's work, recalling a time where the sustainable show had had to use materials like newspaper, curtains,and even orange peel.

Students at Glasgow's Caledonian University have spent the last couple of months furiously sewing to put on their end of year show, which featured an 80s retro-futurism theme. Fourth year students used waste cashmere alongside other luxury off-cuts for their incredible designs.

UK supermarket Waitrose is at it again. Following their move to eco-doors, the supermarket has been offering shoppers at its Oxford store a chance to buy food and drink entirely packaging free. Part of the trial is a £5 borrow a box scheme, so you don't even have to bring your own containers.

Sustainable seafood has been making waves around the world recently, but this prawn farm is, unusually, completely landlocked! Using sustainable energy to keep the water nice and warm, the farm will begin to harvest up to one million prawns this summer.

The documentary "Blackfish" moved us all to reconsider the ethics of SeaWorld's performances. Whilst some advances have been made, PETA have called for the complete end to the 'circus style' acts involving dolphins at the parks.

Doing your laundry without ruining the planet just got easier, as Unilever will now bring you eco-conscious laundry products straight to your door. Homey laundry capsules will not only come straight to you, but will also be delivered in recyclable, recycled packaging.

Highways England's trial scheme sees specialist soils being used to filter harmful pollutants, from water running off the A38 in Devon. Alongside this the scheme, bee banks and bug hotels are being installed to encourage biodiversity!

9. Eco-friendly pupils lead the way on recycling in parliament

The children at Bishop's Tachbrook Primary School in Leamington have been dubbed 'eco-rangers' thanks to their recycling efforts. Warwick and Leamington MP Matt Western even brought up their efforts in a parliament strategy meeting, as an example to be followed by schools and communities across the country. Well done guys!

Ginny Weasley is a friend to the environment? That doesn't surprise us at all, given her recent collaboration with Prada, making bags out of ocean plastic. In this article, Bonnie Wright investigates how to remove plastic from toys without removing the fun.

A giant 38 metre tall, 11 storey wooden tower has opened in Strasbourg. Yes, you read that right, this tower is the first of its kind made completely from wood. Exciting!

It might be heartbreak for the poor, lonely North Pacific 'right whale' but researchers are excited to have recorded the song from this incredibly rare animal for the first time.

The city of Newcastle hosted a conference this month with a diverse range of workshops and speeches from keen activists. Food waste, health, and sustainable cities were all on the table as delegates sat down to discuss local, national, and global connections.

15. Eco-friendly prefab social housing in France is built from wood and straw

Last but not least, we bring you more eco-friendly architecture. Built from wood and straw, these materials allow 'prefabs' (prefabricated buildings) in Nogent-le-Rotrou, northern France, to have panels completely constructed offsite. Plus, the initiative is specifically targeting social housing, aiming to make a real difference in the community.