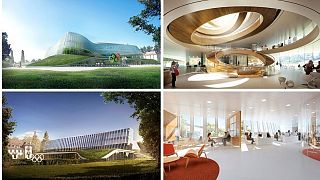 In case you didn’t know, the Olympic House, located in the Swiss region of Lausanne, is the official headquarters of the International Olympic Committee (IOC). Started in 2012, the new Olympic head office was always intended to be an investment in sustainability, both in terms of construction operations and energy efficiency. But this week, it was announced that the house has received a prestigious award, the ‘Leadership in Energy and Environmental Design’ (LEED) platinum certificate.

What makes the Olympic House so sustainable?

The Leadership in Energy and Environmental Design certificate is the highest recognition level of the international LEED green building rating system, and the Olympic House scored 93 points on the scale.

The building is quite impressive, meeting sustainability standards in a whole host of ways, including energy and water efficiency, waste reduction, landscape integration and collaboration with local economies and resources. More specifically, the house is decked out with solar panels and heat pumps, which use water from Lake Geneva to provide renewable energy. Compared with a normal construction, the Olympic House is expected to use 35% less energy by contrast.

The new IOC headquarters directly contributes to the local economy surrounding it, with 80% of the investment in construction being spent locally. It was also guaranteed that the former building be reused and recycled to make room for the new one.

Costing $146 million to build, the Olympic House is unique in that one of its sole priorities is to lower carbon emissions. The official inauguration will take place on Olympic Day, June 23.

It was revealed this week that the Tokyo Olympics 2020 will be more sustainable by incorporating recycled waste into their awards ceremony in this innovative way.

Climate change and the EU loom over Sunday's Swiss elections