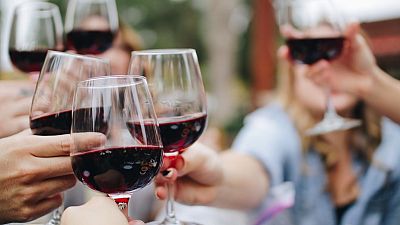 To say the Balkans has had a tumultuous history would be putting it mildly. Under Yugoslav rule, the collective wine industry was focused on quantity rather than quality. But as is the case with many of the former Soviet states, the wine scene in the Balkans is going through a renaissance, rising from the ashes of the Former Yugoslavia. Before the advent of Communism, this region had a history of producing wines that predated the Romans and thankfully producers are reclaiming this heritage and have sought to carve out their own identities in the wake of communism.

For wine lovers in the know the Balkans remains a closely guarded secret, often overlooked when talking about the world’s best wine producing regions, there’s a wealth of fascinating, unique and bold wines to be discovered. In recent years they have begun to make their way to supermarket shelves in larger quantities, with their exotic sounding grape varietals they may sound and look daunting.

Although it is white wine that is predominantly produced in the region, red wines have garnered acclaim and have been the catalyst for renewed interest in Balkan winemaking. Despite its small size the country of Montenegro has a long winemaking heritage. Vranec is considered the most venerable grape to the Montenegrin wine industry (it’s also widely grown in Macedonia), in Serbo-Croatian it translates to ‘black stallion’ and this powerful name is fitting. Closely related to the Zinfandel grape, which remains ever-popular in the US, Vranec led reds are multi-layered and produce a wide array of flavours. From chocolate to blackberries to a warming cinnamon spice, it’s clear to see why Vranec is such a stalwart in the region. In recent years they have also carved a reputation for ageing, developing further in barrels and imparting vanilla and oak notes.

Croatia is a country of two climates, Alpine and Mediterranean, which in turn makes Croatian wine unique. White wine dominates production. In the cooler climate of the Slavonia region in the east of Croatia, Graševina is the undisputed champion of Croatian winemakers. It’s versatile too, often being compared to Riesling and Chenin Blanc, they range from delicate and floral, to bolder and fuller bodied. Graševinas are always incredibly aromatic and work perfectly with fish, grilled meats and hard cheeses.

On the far edge of the Balkans lies Moldova, which at the time of writing, has the largest density of vineyards of any country in the world. Wine is integral to the countries economy and something the Moldovans are very serious about. Many well known grape varietals are grown in Moldovan vineyards, with Cabernet Sauvignon and Merlot being especially popular amongst producers.

But the Rara Neagra grape is having a revival. Grown throughout Romania and Moldova, its name translates to ‘Rare black’ and has a varied flavour profile. Before the introduction of the more durable Cabernet Sauvignon grape, the Rara Neagra was the darling of the Moldovan wine industry, with the wines produced in the Purcari region becoming famed all over Europe in the 18th century.

Purcari Rara Neagra’s are bouncing back however, with a renewed interest in this indigenous varietal. Uncommon but not ludicrously expensive, their flavours range from sour cherry to plum to leather. It’s a wine that is ideal for food pairing, adept at balancing out the strongest of red meat and cheeses.

The Balkans is home to some truly wonderful and eye opening wines, and it is no coincidence that wine tourism has surged in recent years, with many wineries offering English language tours and tastings. The winemakers in this part of Europe are themselves a metaphor for the region: fiercely protective and passionate of their history and also committed to producing wine of quality despite the strife and turmoil in the region. Now the Balkan states are rightly becoming recognised on the global stage, home to a small but concentrated collection of highly skilled winemakers with outstanding indigenous grape varietals.