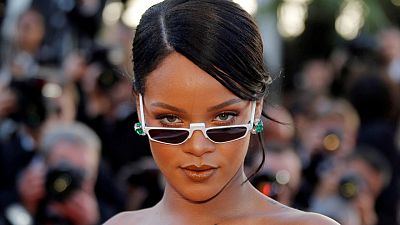 Rihanna has officially launched her own luxury fashion brand, to be managed by the world’s largest luxury group LVMH. Her brand ‘Fenty’ will flourish alongside LVMH’s other leading fashion institutions like Dior, Givenchy and Louis Vuitton - quite an achievement.

The pop superstar has already delved into the lingerie and beauty industry with her original endeavour, Fenty Beauty, which took the world by storm for its inclusivity of skin tones. Now, Rihanna has set her sights even higher, becoming the first woman to create a brand with the industry giant LVMH and the first woman of colour at the top of a fashion maison. Inspiration for the name Fenty comes from her full name Robyn Rihanna Fenty.

Rihanna is predicted to be the next sought-after breakthrough designer, following the launch of her new collection, and is already hailed as one of the world’s most stylish women. Did you see her at the Met Gala on Monday?

When will the collection be released and what will be in it?

Whispers of the new launch were circulating in the industry back in January, but it has not been confirmed until today. The Fenty maison is likely going to be presented later this month in Paris and will consist of both a ready-to-wear collection and accessories including shoes, sunglasses and jewellery.

Her unveiled brand logo features a Greek key design, with the name in white letters against a blue background and a reversed “N” in Fenty.

“Everybody knows Rihanna as a wonderful singer, but through our partnership at Fenty Beauty, I discovered a true entrepreneur, a real C.E.O. and a terrific leader. She naturally finds her full place within LVMH [and] we have built a talented and multicultural team supported by the Group resources.”

What does Rihanna have to say about it?

Rihanna is calling this a “special moment” in her career, eager to show her new collection to the world. She said in a statement,

“Designing a line like this with LVMH is an incredibly special moment for us. Mr Arnault has given me a unique opportunity to develop a fashion house in the luxury sector, with no artistic limits. I couldn’t imagine a better partner both creatively and business-wise, and I’m ready for the world to see what we have built together."

If that isn’t exciting enough, Fenty is to be the first fashion brand launched completely from scratch by LVMH, since the conception of Christian Lacroix in 1987.