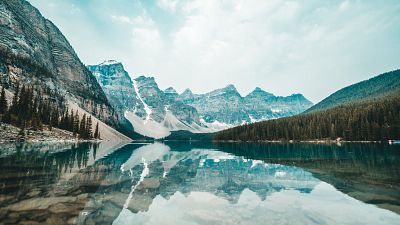 A little-known story from Nova Scotia about unique climate change research has uncovered the legacy of an educator and scientist who died 90 years ago, left behind for today's researchers. Alexander Mackay, the superintendent of education for Nova Scotia for 35 years, was interested in what a changing climate might mean for his region and followed the latest scientific research throughout his life.

In 1896, he started a programme involving thousands of Nova Scotia schoolchildren, who reported their findings in nature as they walked to and from school. He published these findings for many years and left the records to a museum so that they could be used in the future by “students of climate".

Today, the more than 100-year-old data is used by scientists as well as students at Northern Kentucky University, who based some of their research based on these findings.

"I think it just shows that you don't have to be a scientist to be aware of these things and possibly make a difference. I would venture to say that these students who went out to take this data every single year probably didn't really think about the repercussions of what they were doing.

"But to think that this many years later this data actually means something, and was taken by ordinary people children, in fact, is super crazy," said Laura Farro, a Northern Kentucky University Student.

Click on the video above to learn more about this research.