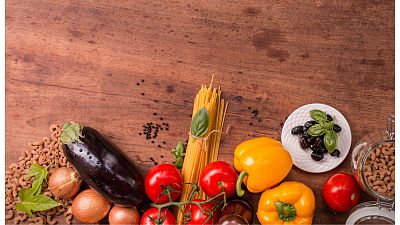 It can analyse it. And according to a British company that is halfway to success. Literally, as Winnow states their innovation, which is based on analysing the food thrown away, can reduce the costly and environmentally-damaging food waste by 50 percent.

According to the United Nations (UN), one-third of all food produced in the world - approximately 1.3 billion tonnes - is lost or wasted every year. Food loss and waste generate about eight percent of global greenhouse gas emissions.

Battling the problem, with some added intelligence

Using smart technology can be part of the solution. British company Winnow has developed a smart bin using artificial intelligence. This innovation is currently being tested and used in 100 professional kitchens, among others in IKEA restaurants in the UK and Ireland. The Swedish furniture brand says it has achieved a 50 percent reduction in food waste across stores using the technology.

Click on the video to see how this smart bin works equipped with an AI system, similar to that used in self-driving vehicles.

When business serves society: "It's quite possible to combine profitability and social action."

How will AI improve our lives? Governments meet businesses in Dubai