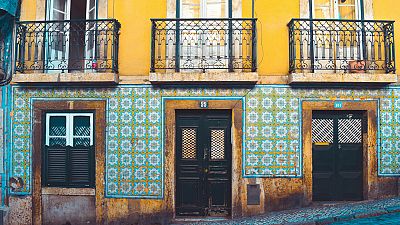 Along with changing seasons, temperatures and appetites, back-to-school September brings with it the Fashion Month carousel, which starts in New York on the 6th September, stopping at London and Milan, before ending in Paris on the 3rd October. Over the next four weeks we can expect a stream of glossy catwalk and street style imagery to flow into our social media feeds from the world’s most sartorially superior cities, but there’s a wealth of style inspiration to be found beyond the runways of the Louvre and the Spazio Cavallirizze. From the Scandi-cool labels of Stockholm to Ghent’s vintage treasure troves, here are five stylish weekend breaks with the fashion credentials to shape your new-season wardrobe.

Smoke-shrouded coffee houses. Flowing beer. A roaring Red Light district. At surface level, Amsterdam is a wayward little sibling in the family of European cities, with a mischievous persona that belies cultural depths. And, in keeping with the younger sibling theme, its fashion is a mercurial, boundary-pushing mix of irreverent streetwear styles, louche tailoring and sober minimalism. The Museum District is ground zero for luxury boutiques – hit P.C. Hooftstraat and you’ll pass Mulberry, Louis Vuitton and Ralph Lauren in quick succession – but you’ll also find a wealth of Dutch luxury designers and couturiers here, including avant-garde fashion duo Viktor & Rolf, design legend Frans Molenaar and 3D printing maestro Iris van Herpen, whose designs have appeared on the likes of Beyoncé. Must-visit streetwear stores include Maha, with its pared back, borrowed-from-the-boys aesthetic, and Daily Paper, which combines traditional African motifs and textiles with luxe streetwear cuts and silhouettes. As with any city that boasts a flourishing club scene, trainers are a big deal in Amsterdam – buy yours from Dam Square’s outlet of the big-hitting chain Solebox or hyper cool standalone store Sunika.

Best for: vintage and sustainable shopping

With its grand medieval facades, cobbled side streets and photogenic waterways, Belgium’s quirkiest city has just as much character as chocolate box Bruges – but ten times the bite. Here, shopfronts filled with tourist memorabilia are replaced with zero-waste cafes and offbeat boutique-turned-coffeehouses, usually crammed with indie European labels or second-hand treasures. A university town with serious eco credentials, Ghent houses a young and energetic population that likes to shop with principle and its stores cater accordingly. Vintage and retro are incredibly popular and there’s a wealth of choice, from the obvious big-hitters like Belgian retail chain Think Twice – a favourite for vintage sportswear and one-of-a-kind accessories – to Ghent’s couture matriarch Eva Bos, whose appointment-only boutique at 66 Vlaanderenstraat spills over with Chanel evening gowns and bold art deco jewels. For premium Belgian-made fashion, there’s no better than Caroline Naudts’ Het Oorcussen, a sleek fashion hub that stocks the likes of Dries Van Noten and Ann Demeulemeester, while Mayenne, a five-minute stroll along the canal, showcases beautiful locally-crafted leather accessories. For menswear, concept store Cube, which occupies a 19th century mansion in the city’s historic centre, has been catering to Ghent’s well-heeled crowd for over a decade, and is particularly strong on sports luxe styles and slogan tees, while Christophe Urbain’s men and womenswear boutique Rewind is a go-to for minimalist hero pieces and playful prints.

In the last five years, Lisbon has shed its rough-around-the-edges rep and climbed the ranks of the coolest capitals in Europe, with holiday makers cottoning on to its winning combination of Mediterranean exuberance and contemporary design values. Architecture nuts flock here, drawn in by the abundance of styles in the city’s skyline, from rococo shopfronts to steel-and-glass high rises, and the fashion showcased by Portugal’s capital is no less eclectic, with razor-sharp precision dressing and opulent demi-couture styles equally prevalent. Here, locals and visitors take to the cobbled streets of Principe Real – Lisbon’s most fashionable strip – to browse galleries, concept stores and boutiques, many of which are Portuguese-owned. Native menswear designers worth checking out are Nair Xavier (premium casualwear and colour block bombers), Nuno Gama (plush shearling jackets, slim-cut suits, quirky panelled outerwear) and Miguel Vieir (beautiful footwear, belts, sunglasses) while in the upmarket district of Chiado – home to some of Lisbon’s wealthiest residents – multi-brand women’s clothing store Fashion Clinic on Avenida Liberdade draws in a huge fan base with its mix of international and home-grown labels. Hand-crafted leather accessories are a cornerstone of Lisbon’s shopping scene and Gardenia on Rue Garret is a firm favourite for playful applique boots and embellished flats. For a slice of footwear history, head to the delightfully old fashioned Sapataria do Carmo on Largo de Carmo, operating since 1904, for buttery soft suede loafers and conker-coloured brogues.

Swept by the cool Baltic Sea air and awash with painterly hues of ochre, burnt orange, ice-blue and cobblestone grey, the capital of Scandi-cool is famed for its finesse in all things aesthetic and home to many a label well-loved by the Fash Pack. It’s produced knitwear gurus House of Dagmar, denim stalwart Cheap Monday and Emelie Janrell, whose jewel toned, made-to-measure dresses have graced many a red carpet. Multiple shopping streets criss-cross the city’s interlinking islands, but on a weekend break the boutique-lined Drottninggatan or Götgatan are good place to start, both fully pedestrianised and the latter home to luxury Swedish brand Filippa K, failsafe for men and women’s shirting and beautifully cut staples. Clean lines and androgynous cuts in muted tones are the order of the day – if you only visit one store, make it Stockholm-born Acne Studios, a haven for all things Scandi-cool in men and womenswear from its snuggly cocoon coats to its ugly-pretty tech-sneakers. Multi-brand lifestyle store Grandpa is a one-stop-shop for emerging Swedish designers, while Sturegallerian, Stockhom’s chic galleria, is the best place for expertly crafted shoes and handbags. Unsurprisingly, there’s a wealth of excellent Nordic high street fashion here too, from Weekday to Tiger of Sweden via COS and &Other Stories.

Austria’s fourth largest city Salzburg is chiefly known for its musical heritage and fairy tale good looks. A mecca for Mozart buffs, its imposing spires loom over the curve of the River Salzach, with a crown of snow-capped peaks beyond. This innately cosy city may seem a curveball in the style category, but beyond the traditional Austrian folkwear displayed in the windows of the historic city centre, Salzburg is rich in high octane, winter-glam wardrobe inspiration, from plush faux fur trim to chic tailoring and opera dress styles. Quality outerwear is unsurprisingly a prerequisite in this mountain-slung city and heritage men and womenswear outlet Schneiders, operating since 1946, is one of the best places to invest in longline cashmere coats, classic trench styles and cropped embellished jackets. The Linzergrasse, Salzburg’s main shopping street, is flanked by small independent boutiques, artisan jewellers and traditional hatters, and home to the elegant Via Venty, whose mother-daughter owners Tina and Brigitte Hirschegger curate a mix of classic and contemporary womenswear. Tucked away in The Goldgasse, a narrow lane in the Old Town known locally for antiques, is family-run Austrian hatters Josef Anton Geiger, operating since 1828, and fine jewellers Aanea, whose line of bold, gemstone-laden designs is masterminded by two Salzburg natives.