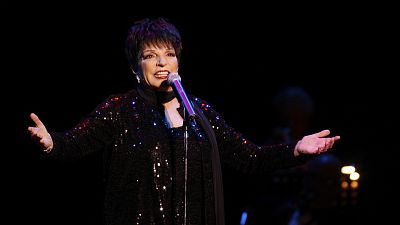 Liza Minnelli's "Cabaret" costumes and personal mementos are on display in Southern California before being put up for auction next month.

The 72-year-old performer wanted to "purge" all her stuff from storage units but is giving the public a chance to see it first, according to auction company CEO Joe Maddalena.

In the seven storage units, there were family photos, vintage gowns, artworks and many other iconic pieces. One of them happened to be a pair of ruby slippers, the specially designed replicates of her mother’s famous shoes in “The Wizard of Oz”. It turned out that "when she married Jack Haley, Jr. (the son of the actor who played the Tin Man in the famous movie), she wore these ruby slippers at her wedding, " said Joe Maddalena.

The artwork, vintage gowns and rare photos are on display until 29 April, followed by an auction.

Proceeds from the auction will go to the Great American Songbook Foundation, focused on music education.