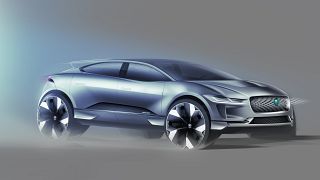 Jaguar has unveiled its first fully electric vehicle during a live global broadcast in Graz, Austria.

The British carmaker had previously announced plans to enter the electric car market and had presented a concept car version of the I-PACE back in 2016. (Last year the company re-launched the iconic E-type 1968 completed with an electric engine. )

This time Jaguar presented the production version of the I-PACE.

“We set out with a clean sheet approach to harness new battery electric technology with an architecture engineered from the outset to optimise EV performance, aerodynamics and interior space", said Jaguar Vehicle Line Director Ian Hoban.

What you need to know about the Jaguar I-PACE