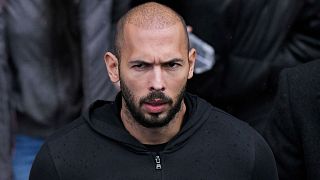 Self-proclaimed misogynist and influencer Andrew Tate and his brother Tristan will stay in custody until 27 February after a Romanian court extended their police detention.

The pair and two Romanian female suspects have been in police custody since 29 December when authorities arrested Tate on charges of being part of an organised crime group, rape and human trafficking.

Prosecutors have said the Tate brothers recruited their victims by seducing them and falsely claiming to want a relationship. The victims were then taken to properties on the outskirts of capital Bucharest and through physical violence and mental intimidation were sexually exploited by being forced to produce pornographic content for social media sites which generated large financial gains, according to prosecutors.

Both parties deny the charges.

Last week, authorities in Romania seized several luxury cars from his villa on the outskirts of Bucharest.

On Tuesday 10 January, the Romanian court upheld the 30-day arrest order against Tate, with Ramona Bolla, a spokesperson for Romanian anti-organized crime agency DIICOT, saying that the court rejected an appeal by Tate against a judge’s earlier decision to extend his arrest from 24 hours to 30 days.

The 36-year-old British-US citizen was a kickboxer and has 4.4 million followers on Twitter, despite being banned from various prominent social media platforms - including TikTok, Facebook and YouTube - for misogynistic comments and hate speech. He has lived in Bucharest for the last five years.

Why has Andrew Tate been arrested in Romania?