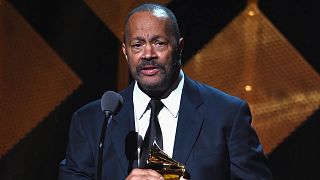 Thom Bell, the Grammy-winning producer, writer and arranger who helped perfect the “Sound of Philadelphia” of the 1970s, has died. He was 79.

A musical pioneer he was instrumental in designing the inventive, orchestral settings of hits such as the Spinners’ “I’ll Be Around” and the Stylistics’ “Betcha by Golly, Wow”.

Bell's wife, Vanessa Bell, said that he died Thursday 22 December at his home in Bellingham, Washington, after a lengthy illness. She declined to give additional details.

A native of Jamaica who moved to Philadelphia as a child, Thom Bell drew upon the classical influences of his youth and such favorite composers as Oscar-winner Ennio Morricone in adding a kind of cinematic scale and grandeur to the gospel-styled harmonies of the Spinners, Stylistics, Delfonics and other groups.

Few producer-arrangers compared to Bell in setting a mood — whether the celebratory strings and horns kicking off the Spinners’ “Mighty Love,” the deadly piano roll at the start of the O’Jays’ “Back Stabbers” or the blissful oboe of “Betcha by Golly, Wow,” a soulful dreamland suggesting a Walt Disney film scored by Smokey Robinson.

“Nobody else is in my brain but me, which is why some of the things I think about are crazy — I hear oboes and bassoons and English horns,” he told recordcollectormag.com in 2020.

“An arranger told me ‘Thom Bell, Black people don’t listen to that.’ I said, ‘Why limit yourself to Black people?’ I make music for people.‘”

Bell, often collaborating with lyricist Linda Creed, worked on more than 30 gold records from 1968-78 as Philadelphia became as much a center of soul music as Detroit and Motown Records were in the 1960s. He was an independent producer but so vital to the Philadelphia International Records empire built by Kenny Gamble and Leon Huff that the publishing company they formed together was called Mighty Three Music.

Bell’s other hits included the Delfonics’ “La-La (Means I Love You),” the Stylistics’ “You Make Me Feel Brand New,” Joe Simon’s “Drowning in the Sea of Love” and Elton John’s “Mama Can’t Buy You Love.”

He is widely credited with reviving the Spinners, a former Motown act that hadn’t had a hit in years. Bell took them on in the early 1970s and helped create such hits as “I’ll Be Around,” “Ghetto Child” and “The Rubberband Man.”

The Spinners’ chart-topping “Then Came You” featured Dionne Warwick, who had been sceptical that the up-tempo ballad would catch on. Bell tore a dollar bill in half and got Warwick to agree that whoever guessed wrong about the song would have to inscribe an apology on their half of the money and send it to the other. Bell would long hold on to the signed note he received from Warwick.

He also worked with some personal favorites, such as an album with Anthony Gourdine of Little Anthony of the Imperials, one of his early influences, and “I’m Coming Home” and “Mathis Is ...” for Johnny Mathis, whom Bell would call the most talented singer he ever worked with, “sterling of sterling.”

Review of the Year: Music, art, and events that shaped 2022