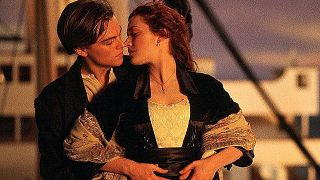 19 December 1997 : Titanic premieres in theaters and celebrates its 25 years today.

The timeless tale chronicling the romance between Kate Winslet’s Rose, a door-hogging high-society lady with a penchant for heartlessly chucking priceless inheritance to the bottom of the sea instead of passing it on to her granddaughter and Leonardo DiCaprio’s Jack, a human popsicle who should be reemerging from the depths any time soon considering our laissez-faire attitude towards global warming, celebrates its 25 years today.

To celebrate this milestone (and the fact that an entire generation had Leo posters on their walls and habitually ache to lounge on couches in front of their partners and utter the immortal lines “Draw me like one of your French girls”), here are three facts most hardcore Titanic fans will know but more casual viewers might not:

Keep in mind that for the film's 25th anniversary, a remastered version in 3D 4K HDR will hit cinemas just in time for Valentine’s Day next year. It's going to be a better watch than Avatar: The Way of Water, that's for damn sure.

1984: A uniformed officer arrests US feminist Gloria Steinem during an anti-apartheid protest outside the South African Embassy in Washington in 1984.

1999: The veteran British actor Desmond Llewelyn, who played quartermaster 'Q' in a total of 17 James Bond films, died in a car crash. He was 85.

Enjoy this moving tribute and see you tomorrow.