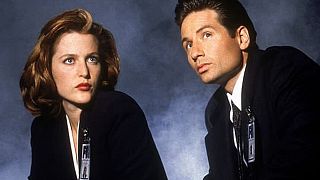 22 December 2012: The colonization of the planet by aliens was supposed to begin exactly 10 years ago today… in The X Files, that is.

Everything that fictional FBI agents Mulder and Scully were looking to uncover had come down to one date: 22/12/12.

This was the date the conspiracists had set with an alien race for colonization to begin.

Spoiler alert: It didn’t take place – fictionally or in real-life, as many predicted the end of the world due to the Mayan calendar ending in 2012.

But we’re still here, and by 2016's season 10 revival of the show, the aliens still had yet to invade Earth.

The new seasons of The X Files gave fans renewed hope that the mythology arc would be wrapped up and that the failed colonization would be explained. Series creator Chris Carter moved past it and wrote themselves out of an apocalypse corner by including one scene in the season 11 premiere which explained why colonization didn't occur: the aliens called off their colonization plans because they had "no interest in a warming planet with vanishing resources."

Essentially, Earth has become too spoiled by its inhabitants to colonize.

You can expect a shedload of X Files coverage from Euronews Culture next year, as the beloved and hugely influential TV series turns 30 in September 2023.

Time flies when the truth is out there.

1989: Samuel Beckett, the reclusive Irish writer whose works shaped contemporary theatre, died aged 83 in Paris. He wrote "Waiting for Godot" and "Endgame" and won the Nobel Prize in 1986.

1989: Berlin’s most famous landmark, the Brandenburg Gate, re-opens after nearly 30 years, with crowds flooding across the former border point between East and West Germany.

The 200-year-old gate embodied German unity until Hitler's defeat at the end of the Second World War. It subsequently became one of the most potent symbols of Cold War division of Germany and of Europe.