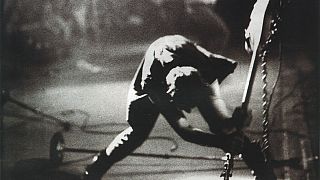 On this day in 1979 was released the seminal album 'London Calling' by The Clash.

It was their third album and prominently featured elements of funk, pop, rockabilly, and reggae. Standout tracks include the titular track 'London Calling', 'Rudie Can't Fail' and 'The Guns of Brixton'.

'London Calling' is widely regarded as one of the greatest albums of all time and its iconic cover design – a Pennie Smith photograph featuring Paul Simonon smashing his bass guitar to pieces – captured the anarchy and defiance The Clash stood for.

It was also a clear homage to Elvis Presley’s debut album from 1956, which also featured a black-and-white pic with the same pink and green coloured typography.

1918: Women in Britain voted for the first time in a general election and were allowed to stand as candidates.

The Representation of the People Act allowed women over the age of 30 who met a property qualification to vote. Although 8.5 million women met this criteria, it was only about two-thirds of the total population of women in the UK.

The same Act abolished property and other restrictions for men, and extended the vote to virtually all men over the age of 21.

The electorate increased from eight to 21 million, but there was still huge inequality between women and men.