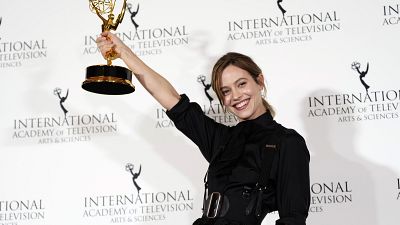 The International Academy of Television Arts & Sciences has announced this year’s winners of the 50th International Emmys to television creators and performers from eight different countries - including the UK, France and South Korea.

23 countries were represented across 15 categories, and the UK dominated this year’s awards, scoring seven wins. France was the only other country with multiple wins, tallying two awards.

Another notable win was The King’s Affection, which took home the award for Best Telenovela. The series had previously won awards at the 17th Seoul Drama Awards and the 49th Korea Broadcasting Awards.

“I am delighted and proud as a Korean that our content is being recognized, but I share this joy with the greater global community,” Lee said.

“I have heard from so many that the success of Korean content has given everyone hope that anyone can be part of global pop culture. I’d like to keep bridging the people of the world, genuine stories have no barriers. When I’m watching German or Nordic TV shows, I forget that there are subtitles and that they are different cultures. Once we are bridged together, when it comes to genuine human interaction, language is not a real barrier anymore.”

Emmy winner and Oscar nominee Ava DuVernay (When They See Us, Selma, 13th) received the International Emmys’ Founders Award, which was presented by her When They See Us star Blair Underwood.

“A lot has changed in the way we consume television. But what hasn’t changed in a medium that was invented over 100 years ago, is the power that the medium offers us,” DuVernay said.

“Television, especially international television is a window to the world, connects people from all different walks of life and from places where I am, where there is a dearth of opportunities to watch images on film. We don’t have art houses in Compton. There aren’t independent movie theaters in Selma, the cinema segregation that happens where you can’t really find images of other people. Television becomes that window in ways that are expansive, expanding our understanding of ourselves and each other. It’s vitally important.”

Here is a selected list of this year’s winners:

The International Emmy Awards took place on the evening of Monday 21 November, with the ceremony in New York City at the New York Hilton Midtown Hotel.

Who emerged victorious at the 2022 Emmys?