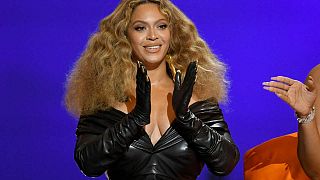 How much more fun would classes have been if the main topic of study was one of your favourite pop stars?

Looking to shake things up is the prestigious and highly-selective French school École Normale Supérieure (ENS), who has announced that it is getting its students in formation, going crazy in love, and organizing a series of irreplaceable seminars on Beyoncé.

This crowbarring of song titles doing anything for you?

Titled “Beyoncé: nuances of a cultural icon,” the seminars will aim to reflect on the notions of culture and representativeness. The series will take place from 24 November to 9 February 2023... and let's hope the degree will allow students to pay their bills bills bills.

The website of the ENS explains that this seminar "aims to understand the issues raised by Beyoncé's artistic orientation in a multidisciplinary way, through art history, contemporary literature, history and philosophy.”

The singer, songwriter, dancer, producer and actress, who is listed as one of Forbes magazine's most powerful stars, released her seventh studio album this year, 'Renaissance', and became the first female artist to have seven consecutive albums top the album charts.

For the organisers of the seminar, Beyoncé “has embraced the mutations of a globalised mass culture through her success. Adored or criticized, suspected of opportunism or thanked for her contribution to the best representation of identities and discourses that were previously under-exposed, she has addressed all the contemporary issues of a hegemonic culture.”

They go on to state that examining Beyoncé's work and personality is an opportunity to delve into the split between "a so-called legitimate and learned culture and a 'stigmatised' popular culture.”

The programme description concludes that studying her discourses and their repercussions is “a gateway to understanding our time.”

The series of seminars, which is open to all and will be led by academics, activists, journalists and cultural movers and shakers, will start on 24 November with a conference with the philosopher Richard Mèmeteau, followed by round table discussions on the image of the American singer, her influence on feminism and her "impact on musical syncretism".

Syncretism is the practice of combining different beliefs and schools of thought - essentially a fancy way of saying ‘eclecticism’.

The last conference in the series is titled "Representation, inclusion, betrayal?" which sounds like they may discuss the latest series of controversies surrounding the singer's latest album.

That or they'll teach the students the ‘Single Ladies’ dance routine, which would make for a great flashmob, should the ENS be looking to go viral.

This is not the first time Beyoncé has been the focus of university courses, especially after the release of her acclaimed 2016 album 'Lemonade.'

US universities such as Arizona State, Texas and California Polytechnic have all featured seminars on the 28-Grammy Award winner, as well as the University of Copenhagen, which saw Erik Steinskog teach a series titled “Beyoncé, gender and Race.”

Beyond Queen Bey, more and more academic institutions have introduced courses over the years that have been dedicated to the life and oeuvre of music legends and icons. The Beatles and Bob Dylan feature on several syllabuses, but there may be a few courses that surprise you...

Rihanna was half of the subject matter in a class taught at US University of Texas called “Beyoncé Feminism, Rihanna Womanism.”

“The wonderful thing about Beyoncé and Rihanna is that very few people have no feelings about them,” Tinsley told Texas Standard about the course.

“People have strong feelings about them, some positive some negative. This is also a course that students are going to have strong opinions. To find a way for them in a large classroom to be able express those opinions, I think is going to involve some creativity. And perhaps things like doing some dance moves, right, to allow some room for expression of course.”

“Over the course of eight critically-acclaimed albums, the six-time Grammy nominated artist has introduced a sad core, melancholic, and baroque version of dream pop that in turn helped shift and reinvent the sound (and mood) of mainstream music beyond the 2010s,” states the course description.

Taking place during the 2022 fall semester (ending on 8 December), the course examines the pop star’s relationship to feminism and connection to social justice movements.

“Through her arresting visuals and her thematic attention to mental health and tales of toxic, damaged love, Del Rey provided a new platform for artists of all genders to create ‘anti-pop’ works of substance that could live in a mainstream once categorized as bubblegum.”

The class was designed to explore guardianship and conservatorship as a disability rights issue pertaining to the legal system.

The university described the online course as using Britney Spears’ public battle to dissolve her father’s conservatorship as a case study to provide “an in-depth look at the subject of guardianship/ conservatorship through the lens of what has been a prominent legal case extensively covered by the media and impacted by information and advocacy shared through social media.”

During the semester, students also went deeper by comparing other high-profile cases like that of Amanda Bynes’ medical conservatorship, Ke$ha’s legal issues, as well as Kanye West’s public struggles.

A course on Kanye West was offered by Georgia State University in 2015, Washington University in St. Louis in 2017, and then this year at the Canadian university of Concordia in Montreal with a course called “Kanye vs Ye: Genius by Design.”

“An opportunity to bring more amazing guests to the University and to discuss the world through the lens of one of the most influential artists of our generation,” said rapper and professor Yassin “Narcy” Alsalman, who taught the course. “This class isn’t only about Kanye. It’s about community, creativity, responsibility, accountability, fame and mental health, dreams and nightmares – and more importantly, self-actualisation.”

No news on whether there’ll be an updated course using “Ye” as a case study on how not to torpedo your career and fall from grace with an almighty thud. Professors, get on it.

Taylor Swift was put on the syllabus at the University of Texas at Austin (UTA) this year.

The course used Swift’s songbook as a means of introducing literary critical reading and research methods. It compared her songwriting to the works of Shakespeare, Chaucer, Coleridge, Keats, Dickenson, and Plath.

“Focusing on Swift’s music and the cultural contexts in which it and her career are situated, we’ll consider frameworks for understanding her work, such as poetic form, style, and history among various matters and theoretical issues important to contextualization as we practice close and in-depth reading, evaluating secondary sources, and building strong arguments,” read the course description.

The course was taught by Chaucer expert Elizabeth Scala, who cited inspiration from her daughters’ enjoyment of Swift’s music while doing lockdown home study.

“I am sneaking in a bunch of canonical literature,” Scala said in an interview on BBC Radio 4. “I’m looking at the strategies that Taylor Swift uses in her songwriting that draw on a larger literary tradition that precedes her.”

Scala also cited Swift’s song ‘All Too Well’, which is allegedly about Swift’s breakup with actor Jake Gyllenhaal, as an example of Swift’s emotional songwriting ability.

“She brings up places and especially objects that take us right into the emotional and narrative heart of what she’s talking about in very few words. It evokes this sense of a new love.”

Earlier this year, the Clive Davis Institute (New York University) also presented its first ever course on Taylor Swift, analyzing her progression as an entrepreneur, and how discourses of youth and girlhood are exploited in the media and music industry. It was taught by Rolling Stone staff writer Brittany Spanos.

At the end of the semester, NYU presented the pop star with an honorary doctorate in fine arts at the 2022 graduation ceremony and invited her to deliver this year’s commencement speech.

Earlier this year, Texas State University announced that Harry Styles would be the focal point of one of their new courses next year.

Professor Louie Dean Valencia announced on Twitter in July that a new history course entitled, “Harry Styles and the Cult of Celebrity: Identity, the Internet, and European Pop Culture” will be offered as an in-person honors course at the university beginning in spring 2023.

Roughly 20 undergraduate students will be able to take the course studying Styles and European popular culture, to better “understand the cultural and political development of the modern celebrity as related to questions of gender and sexuality, race, class, nation and globalism, media, fashion, fan culture, internet culture, and consumerism,” according to the course description.

And maybe, just maybe, Professor Valencia can finally close the case on whether Styles did spit on Chris Pine. Sign up for the spring 2023 course to find out.