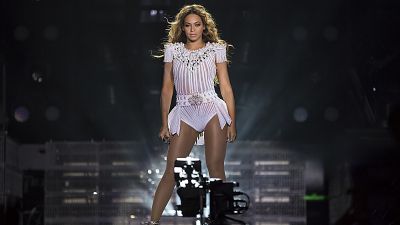 **Disclaimer: This article contains language that some people might find offensive. **

The public's reaction to Beyoncé’s latest album ‘Renaissance’ went from instant acclaim to immediate outrage within days when disability campaigners found a derogatory, ableist slur in one of her songs.

The track "Heated," which was co-written by Canadian rapper Drake, features Beyonce singing the following lyric: "Spazzin' on that ass, spaz on that ass.”

The term ‘spaz’ is a offensive word used to demean people with cerebral palsy, according to the UK-based disability charity Sense.

It is also not the only time a singer has used the word this summer.

Lizzo also sang a lyric on the track “GRRRLS” on her latest album ‘Special’, released in June, featuring the line: “Hold my bag, bitch, hold my bag / Do you see this shit? I’m a spaz.”

Both singers quickly responded to the criticism by announcing plans to re-release their songs without the slur.

The power of words

Disability advocate Hannah Diviney, who lives in Australia, was one of the first people to point out Lizzo’s use of the term when she tweeted:

That tweet gained almost 1,000 retweets, and within two days, Lizzo announced she was removing the word from her song, changing the lyric to: “Hold my bag, bitch, hold my bag / Do you see this shit? Hold me back.”

“The word has been used in hip-hop music consistently for years,” Molly Marsh, a music journalist, told Euronews.

“And Lizzo was the first to make a change… I don't know whether it would have happened with Beyoncé (without that).”

The term has a long history in American music, as it seems to have less of a negative connotation in the US than in the UK or Australia.

In the UK, the term “has become an insult, used against disabled people, or anyone to imply stupidity or physical ineptness,” according to Sense.

"In the US, the word is sometimes used to refer to losing physical control or simply acting ‘weird’ or ‘uncool'.”

In a statement to Euronews, Sense added: “We recognise that the word was not used intentionally by Beyoncé to cause harm. But words have power and can reinforce negative attitudes marginalised groups face.

“Beyoncé has a history of championing inclusivity, and we’re happy that she’s listened to feedback from disabled people and agreed to re-record the lyric that many find offensive.”

As Marsh noted, Lizzo and Beyoncé are not the first people to use this word.

For example, Nicki Minaj used the term in several of her songs, including 2008’s “Curious George” and her 2010 duet with Eminem “Dungeon Dragon”.

"There's also a record by Rihanna and Kanye West, and Kanye uses the word in that song. And it was in the top ten hits in the UK, and nobody said anything about it," Marsh said.

"Even in the UK where that word is considered way worse than it is in the US."

But according to Marsh, they are famous enough that wiping the word off of Spotify “would never go under the radar because people are going to notice pretty quickly.”

She added that while removing the offensive word in these songs is a good thing, there are some downsides to other, less high-profile singers erasing their mistakes from streaming platforms.

“When you go on a lot of social media, you can see when something was edited. But with an album on a streaming platform, there's no way of knowing an album has been changed," Marsh said.

“(Other) artists can invisibly change that music and kind of gaslight their listeners into thinking they did not hear things.”

Controversy aside, Beyonce’s 'Renaissance' is expected to top charts worldwide and she plans to re-record the song with the offensive lyric removed.