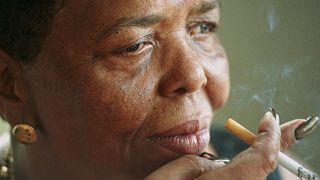 Cesária Évora is a loving testament to the most famous voice in Cape Verde: on stage and off.

The documentary has opened in Portugese cinemas and traces the life of the barefoot diva.

It is the work of journalist and director Ana Sofia Fonseca, and the result of dozens of interviews and a dive into the singer's archives. It took five years to complete.

"I hope that when people go to the cinema to see the film, they travel to Cesária Évora's universe," says Fonseca.

"That they are with her at home, that they embark with her on tours, that they are with this incredible woman who has such an inspiring story. To better understand the voice of Cesária Évora, this voice that leaves us all on edge, we need to know the woman. Because we will be able to hear the voice in another way."

"This film is just that, it is a journey into the universe of Cesária Évora; as a woman and as an artist," added Fonseca.

The documentary has already been featured at about 20 international film festivals, and Fonseca even took home the coveted Audience Award at Portugal's IndieLisboa. But she said the film is more than just its accolades and shows a side of the singer many did not know - her human side.

"When Cesária manages to have a house, she 'puts a pot on the fire, sun and moon'. This means: 'all the time, night and day', as her friend Piroko says, 'to always have food for those in need'," the director shares.

"She would be content to sit at her table with both presidents and with those most marginalised in society."

The return of Rihanna & Black Panther