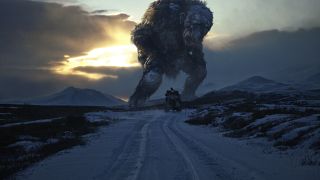 Today is the turn of Norway and its mythical trolls.

Origin of the Troll

Trolls are one of the most ubiquitous monsters that show up in fantasy tales. They’re in the Lord of the Rings, Dungeons and Dragons and Disney’s Frozen, to name but a few.

But the origin of the creature can be found Old Norse mythology. Look through almost any old Norwegian fairy tale and a troll isn’t far away.

While for a long time Norse mythology was passed through oral storytelling, some of the best sources for the origin of the myth comes from the Prose Edda, an Old Norse textbook written in Iceland during the 13th century.

The actual origin of the term is unclear and might describe either one of a few kinds of mythical beings called jötnar that range from magicians to monsters.

In general, there are two kinds of trolls agreed upon: the mountain (or forest troll) and the cave troll.

The mountain or forest trolls are the big lumbering kind that populate more inane myths - usually a little dim, they can be outwitted without too much concern.

The cave trolls, on the other hand, are smaller but more dangerous, living in the dark and dank confines of caves.

Either way, trolls are typically depicted as giants with ugly faces.

Why should you fear the troll?

You may think trolls are cute because of all the souvenir tatt that populates Norwegian tourist locations. But the Old Norse troll is a formidable creature.

If you can’t outwit them with an offering of food or keep them busy until daytime when they turn to stone, then your troll encounter becomes a real problem. The huge hulking creatures won't think twice before swatting down a puny human in their territory.

In Norwegian myths, trolls are believed to be child-eaters who carry entire trees in their hands as clubs. They actually don’t generally eat humans, which might explain why it’s a common threat for Norwegian parents to visit upon unruly kids.

The troll in media

The most iconic of the trolls in Norse mythology is probably the Mountain King which shows up in 'Peer Gynt', Norwegian playwright Henrik Ibsen’s epic play accompanied by Edvard Grieg’s massive tune ‘In the Hall of the Mountain King’. Google it, you’ll recognise it.

There are of course multiple other troll references in modern media. Outside of the traditional fantasy fair, one honourable mention is the so-bad-it’s-good film Troll 2 - a movie so badly written, the monsters are for some reason always referred to as goblins and not trolls. If you like your horror hilariously bad, this is a must watch(and the source of many a meme).

But in terms of genuinely brilliant films featuring trolls, look no farther than Norway’s own Trollhunter. The 2010 film by André Øvredal is a darkly hilarious take on a reluctant troll hunting team taking to the Norwegian countryside in search of the mythical beasts. The script of this "found footage" mockumentary is caked in sarcasm but the actual interactions with the beasts are perfectly terrifying.

Also, keep your eyes peeled for Netflix’s upcoming Norwegian-language action adventure Troll, about the awakening of... you guessed it... an ancient giant troll. It lands on the streaming platform on 1 December. Check out the teaser trailer below:

Stay tuned to our continuing countdown to Halloween with another mythical creature tomorrow...

The mythical creatures of Europe: The Banshee