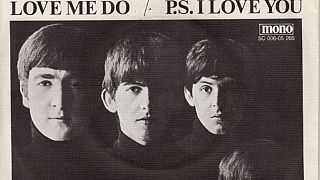 60 years ago, a group of young men from Liverpool released their debut single. ‘Love Me Do’ by The Beatles was the first single in the undeniable career of one of the most influential bands of all time.

In many ways, that 'Love Me Do' is by some measures the first Beatles song to start making waves speaks to the incredible variety that their discography would encompass. There is very little of The Beatles in their final albums that you can find in 'Love Me Do'.

But that’s not to say it’s not a revolution of a song in its own right.

And the clues were all there, signalling a band that would rip up the pop music rule book several times over the following eight years.

Writing and recording a legendary tune

'Love Me Do' was written by Paul McCartney and John Lennon years before the opportunity to record with EMI came. It was an example of the pair working together to bring out the best both unique artists had to offer.

With both musicians still in their teens, the melody and lyrics are unmistakably juvenile. Yet the way McCartney and Lennon bring out an urgent energy from the simplistic chord sequence is definitive of their style.

There are actually three recorded versions of the song.

While the fab foursome would have never been the same without drummer and percussionist Ringo Starr, he’s only on the drums in one of the recordings. And it’s probably not the one you know the best.

When The Beatles were first given the opportunity to record the now-classic in 1962, Ringo wasn’t yet a member. Pete Best was the drummer at the time.

The original Pete Best recording wasn’t a success and disappeared for a while before it was released on ‘Anthology 1’ in 1965.

The Beatles’ trusted and loyal producer George Martin raised some concerns and Best was fired in 1962. This gave Starr the opportunity that would define his life.

But even that didn’t go to plan at first. When the band turned up at EMI in the formation we know and love, the recording session was all over the place.

In a rushed studio session where Starr was daunted by his lack of studio experience, The Beatles recorded four tracks - but Martin wasn’t happy with any of them. He was especially concerned with Starr’s drumming and had the foursome come back to record with a session drummer, Andy White.

Starr was relegated to the tambourine. The demotion was hardly a complement, but the session did produce the version of the song that made it onto the band’s album ‘Please Please Me’ and certified their rise to stardom.

Breaking through to the other side

'Love Me Do' was a hit in the UK and contributed to their breakthrough in the US when it was released two years later in 1964.

Even though Starr hadn’t been the drummer on the actual recording, it still contains the DNA of his skittish signature rhythm. The harmonica Lennon plays gave it a sound that stood out: it was a bluesier track than a lot of songs dominating the UK charts at the time, and signalled a public interest turning to rock n’ roll genres.

“Though it's definitely not the best song the Beatles ever made, you'd struggle to argue that 'Love Me Do' didn't inform pretty much all the 60s music that followed,” music journalist Molly Marsh says.

“Pop music was still in its genesis in 1962 and yet the song manages to have all the ingredients of a perfect pop song - a catchy chorus, a snappy riff, and lyrics that still translate in 2022,” she continues.

“The remarkable thing about the song really though is that its melody is up for debate - Lennon and McCartney's harmonies are so tightly woven that people give conflicting views on whether it's the high or the low part that's meant to be the main tune. And it's that sort of ambiguity and intrigue that makes The Beatles special,” Marsh says.

While covers of Beatles songs are dime a dozen throughout the music industry, the lack of covers of 'Love Me Do' speaks to its unique sensibility. Not yet a fully fledged pop song like ‘Yesterday’ - which would be recognisable in today’s charts - yet also a break with the British music of the 50s.

Painting which inspired Sgt Pepper album cover sold for over €50,000

Get Back: 4 myths about The Beatles answered in Peter Jackson's doc