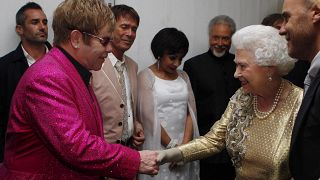 Over her lifetime, Queen Elizabeth II witnessed potentially the greatest shift in artistic tastes to happen across a century.

When Elizabeth II was born in 1926, black-and-white silent film was the norm, jazz was considered a new genre, and modernist literature was all the rage.

In the decades that would follow, she would see the growth of television, the pop music revolution of the 60s, and growing recognition of a far more diverse range of artists.

But which artists rank among the Queen’s favourites?

When the news was announced of Elizabeth II’s passing on the 8th of September, the number one song in the UK charts was B.O.T.A. (Baddest of them all) by Eliza Rose and Interplanetary Criminal.

But while in the last decade of her life, the British music scene has been predominated by house and grime tracks, the Queen's tastes, perhaps unsurprisingly, was a little more old school.

In 2016 she revealed her favourite songs. They were mostly made up of show tunes from musicals, hymns, and some classic crooners. No mention of Stormzy, but she was 96. What did you expect?

Of her top 10, she included musical numbers ‘Oklahoma!’ by Howard Keel and ‘Anything You Can Do (Annie Get Your Gun)’ by Dolores Gray and Bill Johnson.

There were the hymns ‘Praise, My Soul, The King Of Heaven’ and ‘The Lord is My Shepherd’.

Also featured were 30s and 40s classics ‘Cheek to Cheek’ by Fred Astaire, ‘The White Cliffs Of Dover’ by Vera Lynn, and ‘Leaning on a Lamp-post’ by George Formby

Elizabeth II referenced another Vera Lynn song, ‘We’ll Meet Again’ when addressing the UK in 2020 at the beginning of the pandemic lockdown.

Most surprising on the list though is an entry from Take That’s frontman Gary Barlow. The Queen specifically mentioned her enjoyment of ‘Sing’ by Barlow when he performed it with the Commonwealth Band for her jubilee celebrations in 2012.

Apparently, she also had a very soft spot for ‘Dancing Queen’ by ABBA. Quite fitting, really.

Throughout her life, the Queen was frequently the subject of portraits, official and unofficial. From Pietro Annigoni regal depiction in 1954 to Lucian Freud’s intimate rendering of her humanity, Elizabeth II appreciated the value of a good painting.

But who were her own favourite artists?

Of all the paintings in her collection, it’s said that her favourite was ‘The Shipbuilder and his Wife’, a 1633 masterpiece by the Dutch master Rembrandt. Through Rembrandt’s mastery of light and physical features, he shows a candid scene of a wife interrupting her husband’s work. It’s a playful scene that likely would have accorded with Elizabeth’s sense of humour.

A contemporary artist with royal associations is David Hockney.

In his student days, he painted ‘Queen’, a funny piece in which Hockney juxtaposes the title of the Queen with Cliff Richard’s initials, who he was a massive fan of at the time.

Since then, Hockney has become one of the most celebrated artists in the British Isles. In 2012 he was awarded the Order of Merit, an honour bestowed on only 24 people at any time by the crown for their contribution to the arts or sciences.

In 2018, he designed a stained glass window called ‘The Queen’s Window’ at Westminster Abbey.

While it’s not fully confirmed, one of the longest running rumours of the Queen’s favourite films is quite a surprise.

At least, that’s what Flash Gordon star Brian Blessed said in an interview in 2020. Apparently, she even asked him to repeat some catchphrases from the film to her.

On TV, a member of her staff said her favourite show was the police soap ‘The Bill’ until it was taken off air in 2010. She’s also professed an enjoyment for ‘Doctor Who’ and ‘Downton Abbey’.

A source has also said that the Queen had a Netflix account and even watched ‘The Crown’. No comment though on how accurate she found it.

As a figurehead, the Queen didn’t reveal often what she wasn’t much a fan of. But a few little details have fallen through the cracks.

While few bands could be more ingrained in the British psyche than the Beatles, apparently she wasn’t the biggest fan of John Lennon. Although all the members of the fab four received MBEs from the Queen in 1965, Lennon is the only one who gave his back.

At the time it was quite unprecedented to give artists MBEs and some previous recipients gave theirs back in protest. At the time, Lennon said “They got them for killing people. We got ours for entertaining. I’d say we deserve ours more.”

Later, Lennon returned his MBE citing the UK’s involvement in war as his reasoning. According to royal correspondent Talbot Church, palace insiders said the Queen was “delighted and relieved” that the “vulgar” Beatle did so.

She was also not a fan of the game Monopoly. Apparently it was completely banned from being played in the Royal household. Anyone who’s endured a tense Christmas after your uncle forces you to remortgage your properties will understand that one though.

Who are the living heirs of Europe's abolished monarchies?