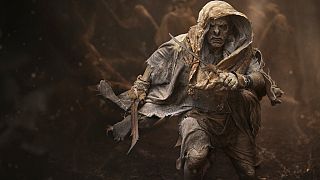 What a difference a day makes. Fresh from announcing having attracted a record 25-million viewers on the day of its release Amazon Prime have had to shut down reviewers comments on The Lord of the Rings: The Rings of Power.

The much-heralded series is being screened exclusively on Prime Video in more than 240 countries and territories and has now comfortably beaten its closest rival to premiere on the streaming service with its debut.

It is thought many tuned in the J.R.R Tolkien-inspired story was billed as the most expensive TV show ever made. Its production is estimated to have totalled some 465-million euros. However, despite being widely praised by critics the swords and sorcery epic appears to be a victim of its own success and may have fallen foul of "review-bombing" - a move aimed at overwhelming a show with poor reviews to lessen its appeal.

On the popular review-aggregation site, Rotten Tomatoes, its audience score is averaging at 39%. while critics give it a generous 84% rating.

In response, Amazon is reportedly putting reviews "on hold for 72 hours to help weed out trolls".

The show is set thousands of years before the events of "The Hobbit" and "The Lord of the Rings," and features original characters as well as younger versions of author Tolkien's heroes, like Galadriel played by upcoming Welsh actress Morfydd Clark.

The new series has already upset some hardcore fans angered over its multi-ethnic casting when compared to Peter Jackson's film trilogy.

Is The Lord of the Rings: The Rings of Power worth watching?

Lord of the Rings vs Game of Thrones: Battle of the Prequels