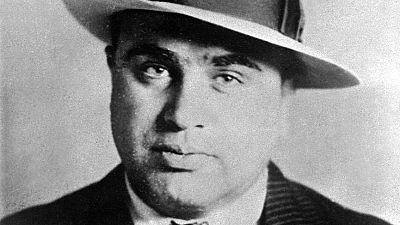 With pop sensation Shakira recently accused by the Spanish government of dodging €14.5 million in tax, the subject of celebrity taxation has once again come under the spotlight.

Obviously, we are not saying that the Columbian star is guilty. She still needs to face a trial over the alleged tax fraud, which could land the singer who brought us "Hips Don't Lie" with up to eight years in prison and a tasty €24 million fine.

But Shakira is not the first celebrity to face prosecutors for tax evasion - and she certainly won't be the last.

These are some of the most famous celebrities who have landed themselves in hot water with tax authorities. How many do you remember?

Nicknamed the 'Father of Rock and Roll', Chuck Berry is the guitar genius behind 'Maybellene', 'Roll Over Beethoven' and 'Johnny B. Goode'.

But all these hits about carefree youth and the unquenchable thirst for more stuff must have had an effect on Berry.

The Internal Revenue Service (IRS) became sceptical of Berry's tax returns, with the legend often being paid in large bundles of cash for his concerts.

Serving out his prison sentence at Lompoc Prison Camp in Southern California, Berry began writing his autobiography, which was later published in 1987.

He brought his guitar, writing materials, and two dictionaries with him into his cell. No surprises there.

Next up is the gangster Al Capone, who earnt fortune and fame bootlegging alcohol during the Prohibition era in the US.

After reportedly boasting "they can't collect legal taxes from illegal money", it was the taxman that finally brought down the mighty Capone.

In 1927, the US Supreme Court ruled that gains from alcohol - even though it was criminalised at the time - were still taxable, giving the feds just what they needed to go after the kingpin.

Despite earning an estimated $60 million annually ($891 million in today’s money, approx. €873 million) and living the lavish lifestyle to boot, Capone never once filled out a tax return, claiming that he had no taxable income.

Serving the first chunk of his sentence in the notorious Alcatraz prison, Capone's mental health deteriorated, as his brain was riddled with syphilis, and the once most feared man in America was eventually discharged from a mental hospital, with the reported mental capacity of a 12-year-old.

Despite trying to keep out of the public eye to raise her children, singer Lauryn Hill was sentenced to three months in jail for tax evasion in the US.

The Grammy-winning singer, who rose to fame as part of the hip-hop group the Fugees, pleaded guilty to not paying taxes on about $1.8 million (approx. €1.7 million) of earnings between 2005-07.

In a statement to the judge, Hill said she had planned to square things with the taxperson but could not after withdrawing from public life and ending her music career to raise her kids.

Hill has six children, five of whom she had with Rohan Marley, the son of Bob Marley.

In 2016, it was reported by various sources that Hill was facing tax troubles again. However, the singer clarified on Twitter that she was not dealing with any new tax issues and was still working to resolve her previous debts.

O.J. Simpson -- the former football running back, broadcaster, actor, and convicted felon -- has been on a couple of these lists, plus a few more.

In 1994, he made his way briefly onto an informal most-wanted list, while riding in the passenger seat of a white Ford Bronco. Later, he was placed on California's most delinquent taxpayers list, owing the state $1.4 million (a little over €1.3 million) in back taxes.

But Simpson, unlike many others on this list, had very good tax advice in the lead-up to this revelation.

Almost all of his money was squirrelled away in pensions and bank accounts in countries which tend not to open their vaults to the IRS. Simpson also made life difficult for creditors by trying to squeeze cash out of his assets, since he had borrowed heavily on his houses and cars.

In any case, Simpson's other legal troubles soon overshadowed his tax headaches. In 2007, he was apprehended in Las Vegas, and charged with armed robbery and kidnapping.