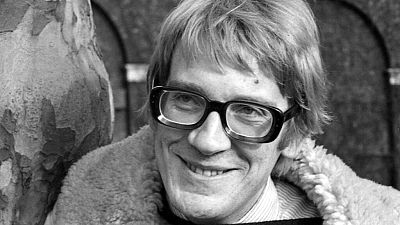 David Warner, a versatile actor whose career spanned six decades with roles on stage, television and film, has died aged 80.

The RADA-trained performer played leading roles with the Royal Shakespeare Company with his 1965 Hamlet described as “the epitome of 1960s youth”.

The young actor also appeared opposite Helen Mirren and Diana Rigg in the 1968 film of A Midsummer Night’s Dream.

Sci-fi fans were familiar with his performances in Terry Gilliam’s Time Bandit’s (1981), computer movie Tron (1982) and Tim Burton’s 2001 remake of Planet of the Apes.

Despite his acclaim as a stage actor, chronic stage fright led Warner to prefer film and TV work for many years.

He was nominated for a British Academy Film Award for the title role in Karel Reisz’s Swinging London tragicomedy “Morgan: A Suitable Case for Treatment,” released in 1966. He later won an Emmy for his role as Roman politician Pomponius Falco in the 1981 TV miniseries “Masada.”

Warner’s family said he died from a cancer-related illness on Sunday at Denville Hall, a retirement home for entertainers in London.