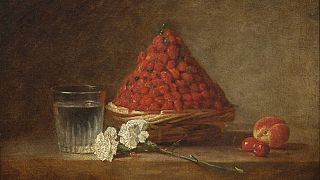 The thwarted would-be buyer of a "mesmerising" 18th-century painting by French artist Jean Siméon Chardin has said they have no regrets after the Louvre swept in to block the sale.

Chardin’s “Basket of Wild Strawberries,” painted in 1761, sold for a shock €24.4m - a record for the artist, and €12.5m above the estimate - in March at auction house Artcurial in Paris, to a New York art dealer on behalf of a then-unknown bidder.

But the Louvre then blocked the sale, with director Laurence des Cars revealing the museum wanted to see the painting classified a national treasure.

The Ministry of Culture did so in late April. Under French law this puts its export or sale on hold for two and a half years, giving the state time to raise the sum necessary for its acquisition.

The Louvre already has 41 works by Chardin in its collection but only about €4.5m to €7.5m a year to spend on acquisitions, and is now seeking sponsorship to buy the picture.

“We are fully mobilized to bring it into the national collection,” Laurence des Cars, the president and director of the Louvre, told Le Figaro in March.

For the first time since the sale, the mystery buyer was revealed this week to be the Kimbell Art Museum in Fort Worth, Texas. Museum director Eric Lee last viewed the work in February after it was sent from a private collection for display in a New York gallery .

Lee told the Art Newspaper France that in his view, the picture was "worth waiting for" - even if it never returned to US soil. "Even if we consider the Louvre may finally obtain it," he said, "it’s win-win in every sense as a major museum will acquire the work."

But added: "Envisioning this painting hanging in our galleries, I don’t think anything could be more beautiful. The qualities of the painting - that intimacy, serenity and timelessness - those are qualities also seen in the architecture of Louis Kahn [the designer of the museum building, which dates back to 1972].

“I agree that the painting is a national treasure of France. But I also believe that it is a world treasure and could serve as an ambassador of French culture.”