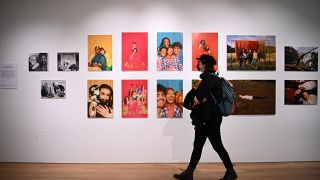 The UK's first dedicated LGBTQ+ history museum has opened in London. Queer Britain, which opened on 5 May, can be found at Granary Square, King's Cross – a part of the city with a "rich queer heritage" according to museum director and co-founder Joseph Galliano, a former editor of Gay Times magazine.

Museum manager Stephanie Stevens told AFP: "[The museum is] a permanent place for us to celebrate who we are, the incredible contributions we have made to history, and to educate the nation to know those contributions as well.”

Queer Britain is free to visit and open to everyone, whether part of the LGBTQ+ community or not, having been funded by private donations and support from companies including Levi's.

The museum plans to play a key role in the preservation of queer culture and history. Lisa Power, an LGBT rights activist and a trustee of the museum, said: “Queer Britain aims to tell our many and diverse histories, and now we have a home to do that from.”

The museum will unveil its first exhibition in July but a photography display is currently open to the public, featuring work by Allie Crewe and Robert Taylor among others. Curator Matthew Storrey said: "[I hope] that the photographs chosen reflect the rich diversity of the LGBTQ+ community past and present, as we look to the future of this important new museum.”

The subjects of these photographs include pioneers from the queer community such as trans woman Roberta Cowell, a racing driver and the first known British person to undergo gender reassignment surgery, and Justin Fashanu, who in 1990 became the first footballer to publicly come out as gay. He committed suicide eight years later.

However, struggles for the British LGBTQ+ community continue, a fact highlighted last month when the UK Government announced it would exclude transgender people from a ban on conversion therapy.

Stevens said: "In the current climate, it's really important to remember that there are things going on in the world that are not up to scratch and that we definitely need to work on."

Standing in front of a photograph of cross-dressing soldiers from the First World War, Elisha Pearce, a 21-year-old visitor to the museum from Birmingham, told AFP: "[I] wouldn't have thought that kind of photo existed."

She added: "It's really important that we understand how our history has evolved and how we got to where we are today."