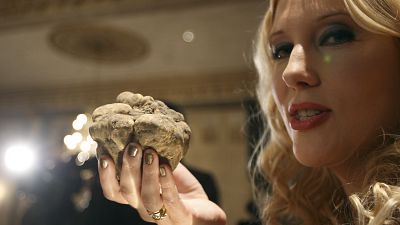 UNESCO's intangible heritage list aims to improve the visibility of traditions and know-how from communities around the world, ranging from Arabic calligraphy to the creation of Haitian Soup.

And now it is the turn of a beautiful old tradition to take centre stage in the theatre of heritage.

“Truffle hunting and extraction in Italy: traditional knowledge and practices” is now officially inscribed on the UNESCO list of Intangible Cultural Heritage. The decision was announced on Thursday 16 December following a decision by the UNESCO Intergovernmental Committee.

Why did it make the grade?

"Truffle hunting and extraction in Italy” is an intangible cultural heritage based on traditional knowledge and practices handed down orally for centuries and which characterise the rural life of truffle hunters in Italian truffle-growing areas, according to UNESCO.

"A heritage of vast knowledge, centred on a profound understanding of the natural environment and the ecosystem, which underlines the relationship between humans and animals by combining the truffle hunter’s expertise and the olfactory abilities of the dog, of which man is a skilful trainer and with whom he forges a symbiotic relationship.

An ancient tradition that tells of a practice that unites Italy from north to south, interpreted according to local cultural identity, handed down through stories, anecdotes, practices and proverbs that tell of a knowledge that combines rural life and protection of the land," UNESCO said in a statement.

Smells like witch spirit: Ancient myths and their scented sorceresses