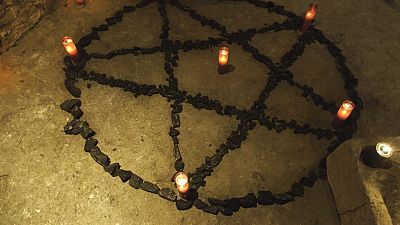 The youngest bishop in Spain will no longer be able to do his job after marrying a woman who turned out to be the author of erotic-satanic novels.

Xavier Novell became Spain's youngest bishop at the age of 41 in 2010.

Allegedly a vocal proponent of gay conversion therapy and exorcisms at this time, he quickly gained recognition from Spain's Catholic establishment.

In August of this year, Novell resigned from his post citing personal reasons. Speculation grew rife about the reason why given his widely discussed successes. Spanish media reported the alleged reason in September but we have had to wait until now for official confirmation.

Now, Spain's Episcopal Conference (EEC) has confirmed that this is because of an unlikely suitor.

Forbidden love over a career in the church

The EEC confirmed Novell was stripped of his powers due to an unlikely partnership with Silvia Caballol, a clinical psychologist-turned-sex-writer who enjoys satanic themes.

The pair bonded over an interest in demonology, reports El Independiente.

She is the author of several unorthodox novels in the eyes of his religion – Caballol has published several erotic-satanic novels, including 'Hell in the lust of Gabriel', published in 2017.

On the site of her publisher 'Lacre', the writer is described as "a dynamic and transgressive author who made her hole in the difficult world of literature to upset all our moral and ethical considerations".

Upon meeting Caballol, the bishop reportedly shared with his friends that he'd "fallen in love with a woman" for the first time in his life, and that he wanted to "do things right".

Their marriage means Novell is barred from undertaking the powers bestowed on him 11 years ago.

Novell is able to keep his title, but not the job

"As is common knowledge, Monsignor Xavier Novell i Goma, Bishop Emeritus of Solsona, got married civilly with Mrs. Silvia Caballol y Clemente on November 22, 2021 in the city of Suria, in the province of Barcelona", a press release from the EEC explains.

Fortunately, Novell is within his rights to remain a bishop by title.

However, he can no longer exercise such functions as "the administration of the sacraments and any other activity of the magisterium, both in public and in private."