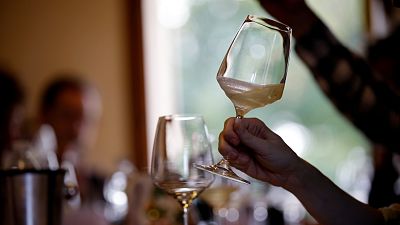 Italy's Prosecco is known the world over as an affordable and highly drinkable sparkling wine, but fewer people will know that Croatia has, for a long time, cultivated a still sweet wine called Prošek. In short, they have nothing in common.

Croatia is seeking a protected origin status for this traditional wine, made on the Dalmatian coast, which in turn is thought to be the genesis of the prosecco grape, which is known as Glera. To that end they have set in motion procedures to achieve this with the EU.

When quizzed on this, agriculture commissioner Janusz Wojciechowski confirmed that the Commission has assessed the validity of the claim and will now proceed with its publication in the Official Journal of the European Union.

This had sparked outrage in Rome, where the authorities are preparing to challenge the decision, saying the names are too similar and Croatia will have to change.

"All interested parties will have two months from the date of publication to submit a substantiated objection," Wojciechowski added, and then hinted at what the conclusion in time may be.

"Two homonymous terms may co-exist under certain conditions, in particular with due regard to local and traditional usage and the risk of confusion for the consumer," he said.

These are the top 5 British vineyards that outsparkle French wine