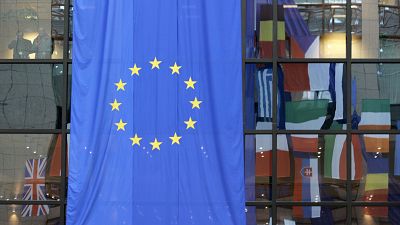 FILE: EU nations flags are mirrored in the windows of the EU Council headquarters ahead of a two-day EU summit in Brussels in March 2008   -   Copyright  Yves Logghe/AP
By Jez Fielder  •  Updated: 16/09/2021

It's rare to have a pan-European celebration outside of major religious festivals, but the weekend of September 18 & 19, brings the continent just that.

Heritage Open Days take place in 50 countries, and if you live in a nation that has signed up to the European Cultural Convention, then there's something for you this special weekend, and for the rest of September too.

Across different countries, this festival comes under many guises:

A joint initiative by the Council of Europe and the European Commission, this far-reaching programme hosts up to 20 million visitors every year. From more niche events such as learning how to build a Flemish organ (you know you can't resist) or the wonders of industrial heritage in Sisak, Croatia, to more family-oriented days out such as medieval fairs and stately home open house visits.

Here are just a few examples of what's on offer:

Bulgaria: Open-air dance festival with experts to show you the traditions and stories from the country's folklore.

England: A brewery tour in Reading, Berkshire, only a short train ride from London. You bring the mask, they provide the beer goggles.

Slovakia: Sleep Out Vol. 4: Listen to stories from street sleepers and see the world through their eyes as you spend a night without a roof yourself in Bratislava.

Spain: The Petritegi apple cider festival, near San Sebastian, with orchard tours and cider tasting with a sensory approach

"European Heritage Days contribute to building bridges by celebrating the richness of European cultural heritage, and they provide us with a valuable opportunity to explore and celebrate the mosaic of cultures from which Europe is built," says Marija Pejčinović Burić, Secretary-General of the Council of Europe.