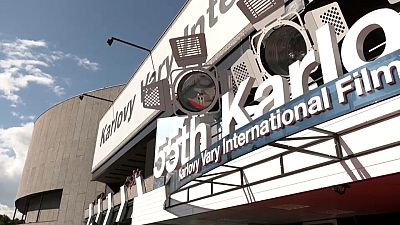 Central and Eastern Europe's most important film festival has finally returned to the Czech spa town of Karlovy Vary after it was cancelled due to COVID-19 last year.

The 55th Karlovy Vary International Film Festival opened with "Zátopek", a biographical drama by Czech director David Ondříček about the long-distance runner who is his country's most famous athlete.

Emil Zátopek remains the only person to win the 5,000 metres, 10,000 metres and Marathon in the same Olympic Games and is often regarded as the greatest runner of the twentieth century. Zátopek had never even competed in a marathon until the Games.

On its opening night on Friday, the festival chose to honour the Oscar-winning British actor Michael Caine for his outstanding contribution to world cinema.

Caine won two Academy Awards for best-supporting roles in “Hannah and Her Sisters” in 1987 and “The Cider House Rules” in 2000.

He will also present “Best Sellers” (2021), a comedy in which he stars, at the festival.

Actor Johnny Depp will present two films he produced: “Crock of Gold: A Few Rounds with Shane MacGowan” and “Minamata.”

Depp’s planned presence at Karlovy Vary and a decision by the San Sebastian International Film Festival in Spain to award the actor its highest honour in September have been criticised by British domestic abuse charities.

Last year, Depp lost a libel case against a British newspaper that accused him of domestic violence, with a judge ruling the allegations were “substantially correct.”

The festival runs through August 28 under strict conditions for visitors, who must cover their face in addition to being vaccinated, having recovered from COVID-19 or having tested negative for the virus.

The festival’s grand jury will consider 12 movies for the top prize, the Crystal Globe.