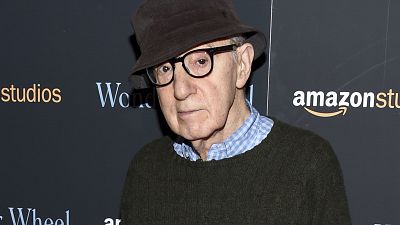 Woody Allen has settled his breach of contract lawsuit against Amazon, which canceled a four-picture deal with the filmmaker amid the #MeToo movement.

Allen's attorneys and lawyers for Amazon filed a joint notice dismissing the case on Friday night. Terms of the settlement were not disclosed.

Allen filed suit in February, alleging that Amazon had unilaterally backed out of the deal due to a "25-year-old baseless allegation." Allen's daughter, Dylan Farrow, has long alleged that he raped her when she was seven years old, and Allen has long denied the charge.

Allen claimed that Amazon was fully aware of that controversy when it entered the contract, and that the streamer owed him $68 million in minimum guarantee payments.

Amazon shelved the release of "A Rainy Day in New York" in 2018, and then canceled a deal for three more films. At the time, Amazon cited Allen's "controversial comments" about the Weinstein scandal. In a motion to dismiss part of Allen's suit, Amazon argued that Allen's remarks on the scandal -- in which he warned about a "witch-hunt atmosphere" -- had made him a pariah in Hollywood.

"Scores of actors and actresses expressed profound regret for having worked with Allen in the past, and many declared publicly that they would never work with him in the future," Amazon's attorneys said. "Allen's actions and their cascading consequences ensured that Amazon could never possibly receive the benefit of its four-picture agreement."

Allen's company, Gravier Productions, managed to get an international release for "A Rainy Day in New York" this fall, and it has so far grossed $11.5 million in theaters around the globe. It has not secured U.S. distribution.

Good News: Laughter is the best medicine and plants grow in lunar soil