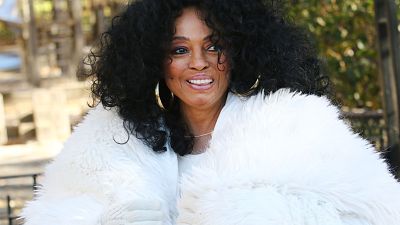 Diana Ross said she felt violated during a pat-down search by a security checkpoint agent at a New Orleans airport over the weekend.

In a series of tweets on Sunday, Ross briefly described an encounter she had with a female Transportation Security Administration (TSA) agent at Louis Armstrong New Orleans International Airport saying it was "over the top" and made her "want to cry."

"Ok so, on one hand, I'm treated like royalty in New Orleans and at the airport I was treated like s***," the superstar posted Sunday on Twitter.

"It is not what was done but how," another tweet read. "I am feeling violated - I still feel her hands between my legs, front and back (saying to me it her job) WOW!! really mixed emotions I always like to see the good things but not feeling good right now."

A spokesperson for TSA said it reviewed video of Ross' screening process and found that the agents involved "followed all protocols."

"However, TSA will continue to investigate the matter further," the agency said in a statement. "We encourage Ms Ross to reach out to TSA so we can further explain our procedures, designed to protect travellers from a persistent threat."

Ross, who performed Saturday evening at the New Orleans Jazz & Heritage Festival, isn't the only celebrity to call out TSA. In December 2016, CNN commentator Angela Rye posted a Twitter video of a TSA giving her a pat-down. Rye, who appeared to get emotional in the video, said she was humiliated by the procedure.