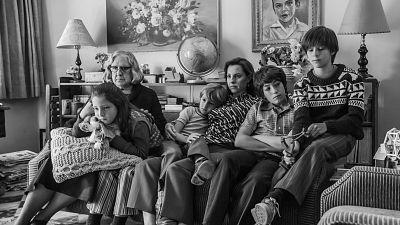 The U.S. Justice Department is putting the Oscars on notice.

The head of the DOJ's antitrust division sent a letter to the Academy of Motion Pictures Arts and Sciences, the organization that puts on the awards show, warning its leaders about potential new rules that could limit streaming services from competing for Oscars.

The academy confirmed to NBC News that it had received the letter, which Variety reporteddetailed concerns that the new rules would raise antitrust issues and potentially break federal competition law.

"We've received a letter from the Dept. of Justice and have responded accordingly," an academy spokesperson said in a statement. "The Academy's Board of Governors will meet on April 23 for its annual awards rules meeting, where all branches submit possible updates for consideration."

The letter was sent in the wake of reports in late February that the Oscar-winning filmmaker Steven Spielberg, the head of the academy's directing branch, planned to endorse rule changes that would block films that premiere on streaming services or have only brief runs in theaters from competing for awards.

The news was first reported by Variety, which said it obtained a copy of the letter that Justice Department antitrust chief Makan Delrahim sent to academy CEO Dawn Hudson on March 21. The Justice Department press office did not immediately respond to a request for comment on Tuesday.

In the letter, Delrahim expressed concern that the new academy policies could be crafted "in a way that tends to suppress competition," according to Variety.

"In the event that the academy — an association that includes multiple competitors in its membership — establishes certain eligibility requirements for the Oscars that eliminate competition without procompetitive justification, such conduct may raise antitrust concerns," the letter said, according to Variety.

Spielberg's reported position on Netflix and other streaming services has stoked intense debate in Hollywood, pitting traditional studios against tech-driven companies that have popularized on-demand, at-home viewing. The director has said the best Netflix original films "deserve an Emmy, not an Oscar."

Netflix, for its part, appeared to fire back at Spielberg in a tweet on March 4:

The streaming giant angered Hollywood traditionalists by putting Alfonso Cuarón's acclaimed drama "Roma" in select theaters for only three weeks before making it available on its digital platform, flouting the usual 90-day "window" that separates a movie's run in theaters and its arrival in living rooms.

The service's detractors, including the National Association of Theater Owners, dismissed the brief theatrical release as a perfunctory bid to satisfy Oscar eligibility rules, and some major theater chains refused to screen it.

Migrants in southern Mexico prevented from moving towards US border

IS gunmen in Iraq kill 11 soldiers in brazen barracks attack

US to respond to Russia's NATO demands 'next week', Lavrov says