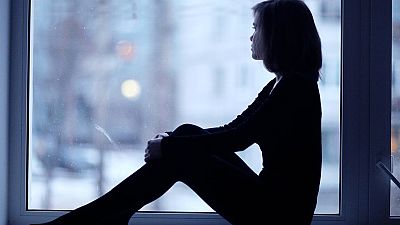 Being excessively worried about rejection — to the point that we do not do things that might benefit us — can compromise the quality of our life.   -   Copyright  Kichigin Shutterstock
By Sarah DiGiulio  with NBC News Better  •  Updated: 21/03/2019

Getting the thin instead of thick envelope from the college admissions office. Picked last for the kickball team. Being told, "let's just be friends."

Rejection hurts no matter if it's the big kind (not getting that job that was so right for you) or less significant (getting turned down by a Tinder match).

Our feelings are hurt, our self-esteem takes a hit, and it unsettles our feeling of belonging, says Guy Winch, PhD, psychologist and author of "Emotional First Aid: Healing Rejection, Guilt, Failure, and Other Everyday Hurts". "Even very mild rejection can really sting," he tells NBC News BETTER.

But there are ways we can handle it, so that the fear of rejection doesn't stop us from putting ourselves out there.

"Concern with rejection is perfectly normal," explains Mark R. Leary, PhD, professor of psychology and neuroscience at the Interdisciplinary Behavioral Research Center at Duke University, where he researches human emotions and social motivations. "But being excessively worried about it — to the point that we do not do things that might benefit us — can compromise the quality of our life," Leary says.

Rejection actually fires up a pain response in the brain

Leary defines rejection as when we perceive our relational value (how much others value their relationship with us) drops below some desired threshold. What makes the bite in rejection so particularly gnarly may be because it fires up some of the same pain signals in the brain that get involved when we stub our toe or throw out our back, Leary explains.

Subsequent research found that the pain we feel from rejection is so akin to that we feel from physical pain that taking acetaminophen (such as Tylenol) after experiencing rejection actually reduced how much pain people reported feeling — and brain scans showed neural pain signaling was lessened, too.

Psychologists suspect all of this hurt is likely a relic of our evolutionary past — and something that's helped mankind survive for millennia.

The physical pain you feel when you grab the handle of a pot of boiling water, is a signal to tell you to let go (so you don't continue to burn your hand). Similarly, the sting of rejection sends a signal that something is wrong in terms of your social wellbeing, Leary says. In prehistoric times, social rejection could have had dire consequences.

"When our prehistoric ancestors lived in small nomadic bands on the plains of Africa, being rejected from the clan would have been a death sentence," Leary explains. "No one would have survived out there alone with just a sharp rock."

So, we exist today, thousands of years later, as descendants of those prehuman "cool kids" — the ones who were more successful at being valued and accepted (because the kids who didn't have anyone to eat lunch wouldn't have made it).

So even today, Leary says, "rejection gets our attention and forces us to consider our social circumstances."

It's the likely explanation as to why we tend to feel more stung by rejection, even, than by failure, Winch adds. Failure is very task-specific (we don't complete a goal or achieve something), whereas there's an interpersonal dynamic to rejection, he says.

When it comes to better dealing with rejection, you're going to have to turn off autopilot mode

The problem is that we tend to face more opportunities to be rejected than ever before in human history (thanks to technology like the social media and the Internet). And even though there's still an interpersonal dynamic, most of the online and real-life rejections most of us face today don't threaten our survival so much as they did thousands of years ago, Leary says.

The problem is that we tend to face more opportunities to be rejected than ever before in human history (thanks to technology like the social media and the Internet).

But, we're still wired to react as though they do. "Our brains don't easily tell the difference between rejections that matter and those that don't unless we consciously think about it and override our automatic reactions," Leary says.

You override that response by recognizing when the hurt we're feeling is rejection, and better responding to the inevitable hurt we feel. "It's up to us — how we respond and how we handle it in our heads and in our actions," Winch explains.

Taking these steps can help:

1. Focus on what you do bring to the table

Because most rejection won't leave you doomed to survive alone in the wilderness, the natural rejection reaction — to withdraw and not put ourselves out there again — isn't an adaptive response, Winch says. Instead make efforts to revive self-esteem, focus on our positive qualities, and remember why our attributes might be appreciated by someone else in a different situation. All of those things build resilience, so you'll be better prepared to cope going ahead, he says.

2. Ask yourself if it really matters or you really care

"Responses to rejection are often automatic, even when it doesn't matter," Leary says. Research shows we tend to feel a similar hurt after getting rejected by people we don't necessarily care about — or even those we don't like — as we do after being rejected by people who matter to us. (One study found that even when the group doing the rejecting was a reviled one — in this case the Klu Klux Klan — rejection still hurt.)

We need to get better at distinguishing whose rejection matters to us (whose we should care about, like that by family or a close friend) versus the inconsequential kind, Leary says.

Most of the rejections we face aren't personal, Winch says. You didn't get the job because someone else had previously known and worked with the team, not because you weren't good enough. Your friend didn't "like" your Instagram post because she didn't see it — or didn't have a free finger to click that button.

Sometimes rejection can be personal, Winch says. "But a lot of times it's not."

4. Choose to assume the best rather than the worst

We need to train ourselves to make allowances, rather than assume the worst. Maybe he didn't text for a second date because he got a job offer out of state or his on-again-off-again ex got back in touch. Maybe it had nothing to do with not liking you.

We oftentimes have no idea what's going on on the other side of the situation, Winch says. And to be more resilient, we need to sometimes choose the assumption that's less painful and less hurtful.

The "don't pay attention to what other people think" lecture parents give when a kid doesn't get invited to the popular kid's party in middle school doesn't really help, Winch says. "Now you're not only feeling bad, you're now feeling like a major loser for feeling bad."

Planning something else with friends goes much farther to reinforce you you're not actually a loser — and you are part of your tribe. We need to reteach ourselves and those around us to get back out there after rejection (whether it's applying for other jobs or not taking a dating hiatus). Withdrawing doesn't help the overall goal, Winch says.