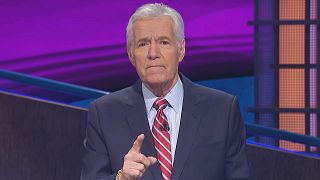 Alex Trebek has revealed that he has stage 4 pancreatic cancer.

The longtime "Jeopardy!" host, 78, made the announcement in a video shared by the game show.

"Hi everyone, I have some news to share with all of you and it's in keeping with my longtime policy of being open and transparent with our 'Jeopardy!' fan base. I also wanted to prevent you from reading or hearing some overblown or inaccurate reports regarding my health," he began.

"So therefore, I wanted to be the one to pass along this information," he continued. "Now, just like 50,000 other people in the United States each year, this week I was diagnosed with stage 4 pancreatic cancer. Now normally, the prognosis for this is not very encouraging, but I'm going to fight this, and I'm going to keep working. And with the love and support of my family and friends and with the help of your prayers also, I plan to beat the low survival rate statistics for this disease."

Trebek then tried to keep things light. "Truth told, I have to," he said. "Because under the terms of my contract, I have to host 'Jeopardy!' for three more years! So help me. Keep the faith and we'll win. We'll get it done. Thank you."

Trebek has dealt with health issues before. Last year, he revealed he was tested for Alzheimer's and also took a leave of absence from "Jeopardy!" after undergoing brain surgery.