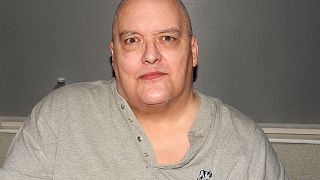 Wrestler King Kong Bundy, also known as the "walking condominium," has died, World Wrestling Entertainment and his promoter said Tuesday. He was 61.

"Today we lost a Legend and a man I consider family. Rest in Peace Chris. We love you. Thank you for believing in me," wrote Bundy's promoter and friend David Herro on Facebook.

Bundy, an Atlantic City, New Jersey, native whose real name was Christopher Pallies, started wrestling with the WWE in the 1980s.

Bundy, at 6-foot-4 and 458 pounds, "was so dominant that he demanded referees count to five when he pinned his opponents to show that there was no way they were getting up," according to the WWE.

He was known for "destroying opponents with his Avalanche Splash" and took out his opponent, Special Delivery Jones, in nine seconds in the first WrestleMania in 1985, the WWE said.

He took on Hulk Hogan in a steel cage match during WrestleMania 2. He lost that match, "but Bundy's mammoth girth and devastating splashes came close to putting The Hulkster away for good," the WWE said.

Bundy stopped wrestling with the WWE in the late 1980s but returned for a brief period in the 90s as a member of The Million Dollar Corporation, according to the WWE.

Bundy's cause of death was not immediately known.

He was due to appear next month at WrestleCon New York City.