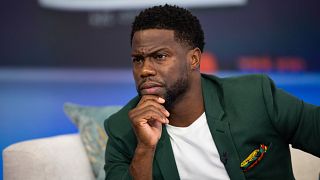 The run-up to the Oscars has been rocky. The Academy of Motion Picture Arts and Sciences, the organization that puts on the show, repeatedly drew jeers in the last seven months over a string of controversial changes, public relations stumbles and abrupt U-turns. Here's how all the awards season drama unfolded.

Aug. 8: It all starts with a tweet. "Change is coming to the Oscars," the academy vows. It announces two moves intended to boost ratings: a shortened runtime (three hours) and a vaguely defined new category for "achievement in popular film."

The latter change islambasted by film critics, journalists and actor Rob Lowe, who compares the new category to the misbegotten musical number that opened the Academy Awards 30 years ago:

The academy also says that select categories will be presented during commercial breaks, not the live telecast.

Sept. 6: The academy bows to the blowback and pumps the brakes, postponing the introduction of the popular film prize. "We recognize the need for further discussion with our members," academy CEO Dawn Hudson says in a statement.

Dec. 4: The comedian and movie star Kevin Hartannounces he will host the Academy Awards, writing in an Instagram post that he is "blown away simply because this has been a goal on my list for a long time." He promises to make the telecast "a special one."

In other news: Benjamin Lee, an editor at The Guardian, resurfaces some of Hart's old homophobic comments by tweeting out screenshots. "I wonder when Kevin Hart is gonna start deleting all his old tweets," Lee tweets.

Dec. 7: Hart steps down. "I do not want to be a distraction on a night that should be celebrated by so many amazing talented artists," the comedian tweets. "I sincerely apologize to the LGBTQ community for my insensitive words from my past."

Hart's announcement comes hours after he posts an Instagram video in which he strikes a more defiant tone, claiming he "chose to pass" on the academy's demand that he apologize.

Jan. 9: Variety reportsthat the co-producers of the Oscars, Donna Gigliotti and Glenn Weiss, plan to forge ahead without a host. The trade publication reports that the show will revolve around A-list presenters instead of one marquee name.

Jan. 24: Variety reports that only two of this year's five Oscar-nominated original songs could be performed live on the telecast. The publication says producers had selected the two biggest hits — Kendrick Lamar and SZA's "All the Stars" from "Black Panther" and Lady Gaga and Bradley Cooper's "Shallow" from "A Star Is Born" — for the big night.

The move, according to Variety, causes "consternation among members of the music branch as well as among those nominees' respective camps." Lin-Manuel Miranda, who co-stars in one of the films up for the song award — Disney's live-action sequel "Mary Poppins Returns" — tweets his dismay:

Jan. 31: The academy appears to relent, tweeting that two more nominated songs — "I'll Fight," from the documentary "RBG" and "The Place Where Lost Things Go" from "Mary Poppins Returns" — will be performed during the live telecast. No word on a live performance of the song from the Coen brothers' Western anthology "The Ballad of Buster Scruggs." But wait ...

Feb. 1: "Time to update your Songs That Will Be Performed On This Year's Oscars Playlist," the academy tweets, announcing that the "Buster Scruggs" tune will be performed after all.

Feb. 11: The academy reveals the four Oscars that will be presented during commercial breaks —cinematography, film editing, live action short, makeup and hair-styling — and says edited versions of the winning moments will be aired later in the telecast.

The announcement stokes intense backlash among directors, performers, critics and cinephiles, who argue that the decision reduces technical honors to second-tier status. "Roma" director Alfonso Cuarón and actor Seth Rogen are among the dissenters:

"Relegating these essential cinematic crafts to lesser status in this 91st Academy Awards ceremony is nothing less than an insult to those of us who have devoted our lives and passions to our chosen profession," the letter reads.

Feb. 14: George Clooney, Brad Pitt and Robert De Niro join the growing protest, adding their signatures to the open letter. But will there be a third act twist?

Feb. 15: The Academy reverses course yet again, announcing that it has decided to scrap the commercial break plan and plans to air all awards during the live telecast. Twitter begins to notice a pattern: