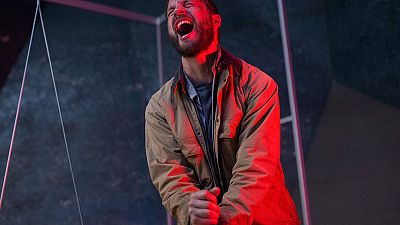 Already in its 12th Edition, the MoteLX International Horror Film Festival in Lisbon brought some more blood and jump scares to its faithful audience...

Among this year's guests was Leigh Whannell, the mastermind behind the "Saw" and "Insidious" franchises. His second feature film as director "Upgrade", was shown at the festival, out of the competition.

Whannell spoke to Euronews about how international current affairs influence horror movies: "Whenever there's turmoil in the world, whenever something bad is happening, the horror genre responds in a way... and now I think we're living in a really weird time in the world, especially in the US. I'd expect this whole Donald Trump experience to produce a lot of good horror films. It could be one of the few good things about Donald Trump's tenure in the world as a politician. That there are great horror films. Because horror films reflect our anxieties."

In the competitive section, "Hagazussa: a Heathen`s Curse", the debut feature film from the Austrian director Lukas Feigelfeld took home the Best European Feature. The film is a dark fairy tale about women shunned and vilified as witches during Europe’s Dark Ages.