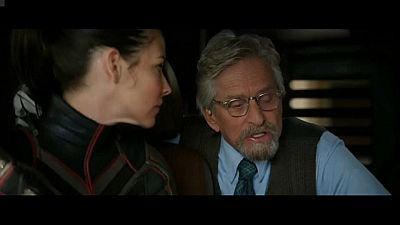 Amongst the most expected movies this summer: "Ant-Man and the Wasp" - the latest American superhero film based on the Marvel Comic - Paul Rudd as Ant-Man and Evangeline Lilly as Wasp team up for new adventures - the movie is on its worldwide release now. The movie stars also Laurence Fishburne, Michael Douglas and Michelle Pfeiffer.

The Icelandic drama film "Under the Tree" starts out harmlessly: A couple's next door neighbours complain that a tree in their backyard casts a shadow over their sundeck, what starts off as a typical spat between neighbours in the suburbs unexpectedly and violently spirals out of control - the movie had its premiere at the Sundance Film Festival and received many good reviews by the international press.

Back on the screen, the musical comedy "Mama Mia" based on the songs of successful pop group ABBA - this time Sophie learns about her mother's past while pregnant herself. The first film was released 10 ago and was a huge commercial success.

When an IMF mission ends badly in “Mission Impossible: The Fallout”, the CIA begins to question Ethan Hunt (Tom Cruise) loyalty and his motives. Hunt finds himself in a race against time, hunted by assassins and former allies while trying to prevent a global catastrophe