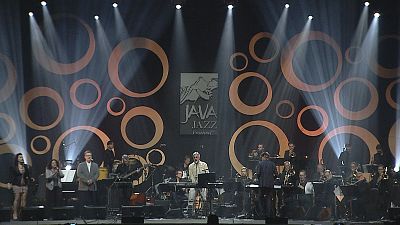 Java Jazz festival, a name presumably best said soberly took place in Jakarta. It’s one of the largest jazz festivals in the world with 300 hundred artists playing in 90 different shows on 10 stages.

Some fans queued for hours just to get the change to see their favourite stars perform. For fourteen years the festival has been delighting jazz fans and this year was no exception.

The Danish Radio Big Band, formed in the 1960’s were one of the stars of the festival. With a body of work which includes more than 80 album recordings, they’ve played with stars like Miles Davies, Stan Getz and Joe Henderson.

Michelle Williams, the former Miss America pageant queen was another notable act present. Since receiving the crown in 1984 Williams has gone on to have a successful music and acting career.

Final, Lionel Richie’s former band “The Commodores” were also present. Their heyday was with Richie at the helm in the 70s and 80s. Although this didn’t diminish a cracking performance.