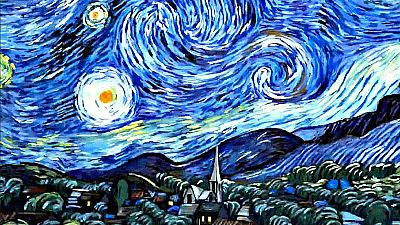 A new animated movie about Dutch painter Vincent van Gogh has been released after seven years in the making.

The biopic tells the story of the Dutch painter’s life in what is billed as the world’s first fully-painted feature film. Each of Loving Vincent’s 65,000 frames is an oil painting hand painted by 125 professional artists who travelled from around the world to be a part of the project.

“It looks like something completely different, and that doesn’t happen very often in our media-saturated world,” said Hugh Welchman, who co-wrote and directed the film with Polish artist and animator Dorota Kobiela.

“Loving Vincent” is showing in Poland, Canada and Vietnam, will be released across Europe during October, November and December.

Loving Vincent is now screening in the US, Poland and Vietnam. Find out about screenings in your country at https://t.co/9DKqYWzdsKpic.twitter.com/wWbM7L56ch

The 5.5 million-dollar production focuses on the last weeks of Van Gogh’s life before his death in 1890 in France at age 37 from a self-inflicted gunshot wound.

The film has triggered some unusual responses, said Welchman.

“We’ve had a lot of people in tears at screenings. People are sending poems or making cakes with intricate Vincent paintings on the cake,” he added.

When people are talking about seeing LovingVincent</a> but you have to wait for 3 months so it would be released in your country <a href="https://t.co/5adNmf4vLB">pic.twitter.com/5adNmf4vLB</a></p>— merve (mervekkoc_) September 23, 2017