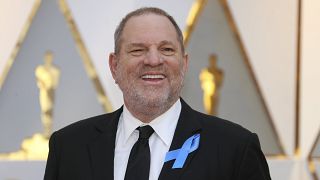 Hollywood is in a crisis after powerful mogul Harvey Weinstein was disgraced and fired from the company he co-founded over allegations of sexual harassement. The allegations portray a dark underbelly of the movie business.

“In terms of the community and the culture in Hollywood, this is a gigantic wake up call to a lot of people, I think,” said Matthew Belloni, Editorial Director of The Hollywood Reporter. “And it’s a sign that the culture is moving to a place where you can’t get away with this.”

Meryl Streep and Judi Dench have lashed out at Weinstein but said they were unaware of his alleged sexual harassment of women. They joined stars, like Jessica Chastain and Julianne Moore, who have denounced him in interviews and on social media.

I was warned from the beginning. The stories were everywhere. To deny that is to create an enviornment for it to happen again.

Mark Ruffalo is one of the few male actors to condemn Weinstein’s alleged behaviour.

Fashion designer Donna Karan is one of the first people to publicly defend Weinstein since the allegations came to light. She said women must consider if the way they dress suggests they are ‘asking for it’.

Actor Jeff Bridges has also gone on the record over the allegations.