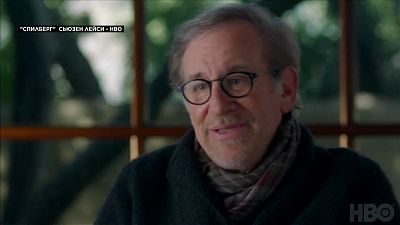 Steven Spielberg has directed dozens of award-winning movies in a 40-year career, but when it came to turning the cameras on himself he found the attention pretty uncomfortable.

The double Oscar winner is the subject of a documentary for HBO television based on more than 30 hours of interviews with Spielberg, his family and friends.

“It’s a very interesting experience being the subject of a film when I have spent my entire career seeking subjects for my films. And to be suddenly be in that hot seat – for me it was both intimidating and daunting,” Spielberg told reporters at the documentary’s Los Angeles premiere.

Spielberg, 70, said director Susan Lacy got him to open up about what inspires his films, although it’s not a subject he spends much energy on himself.

“I don’t spend a lot of time in any kind of self-analysis. In a way, I let the films do that. And I let you figure out me through those films.

“I just spend time looking for good stories and just going out and telling them,” he added.

The documentary also features interviews with many of those who have worked with Spielberg or been influenced by his work, including Tom Hanks, Oprah Winfrey, Harrison Ford, Leonardo DiCaprio, Martin Scorsese and Cate Blanchett.