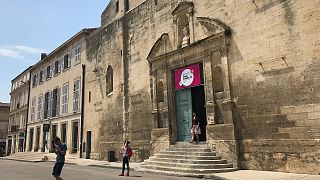 After the war with Iraq ended, Iranian prisoners returned home. Their families had been totally unaware of their whereabouts during the conflict. Photographer Sasan Moayyedi created a scene with a soldier’s clunky blood stained boots alongside a dressy pair of women’s shoes. There is a combat knife at the clean and neat home dining table – war has become a part of everyday life. 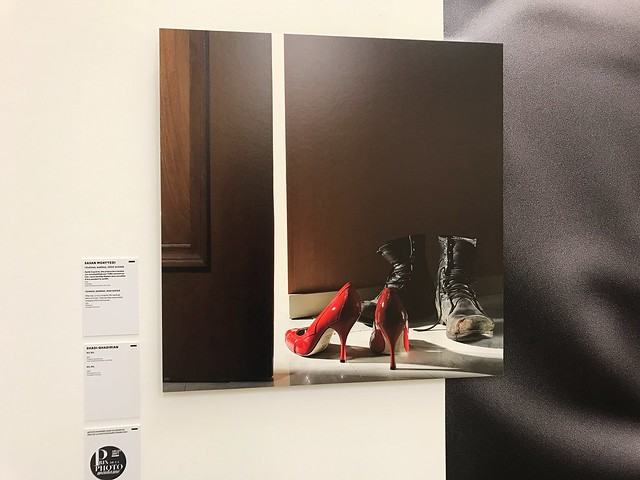 These images are on display in the French town of Arles along with hundreds of others from more than 60 photographers from Iran. The exhibition is a part of the famous annual Les Rencontres d’Arles festival, taking place in the south of France since the 1970s. This presentation of Iranian modern photographers’ work is called Iran, Year 38 and aims to show Iran as it is now, 38 years after the Islamic revolution. 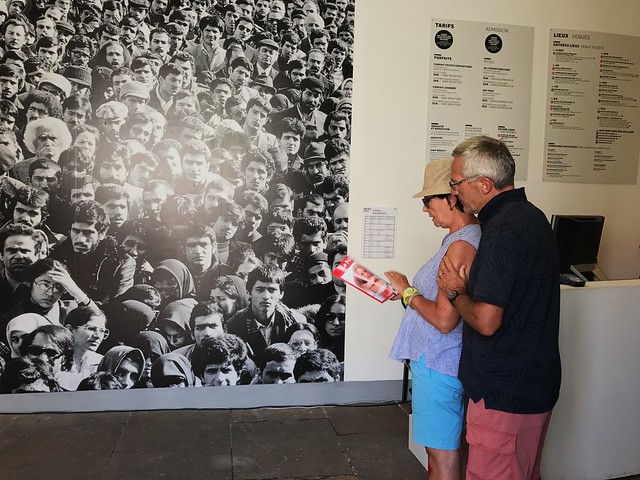 “For centuries Iran has been known for its poetry, a way to say things that cannot be said directly. The modern version of poetry is photography, a visual poetry. It is not a coincidence that Iran has so many photographers”- the curators of the exhibition, Anahita Ghabaian Etehadieh and Newsha Tavakolian, say. 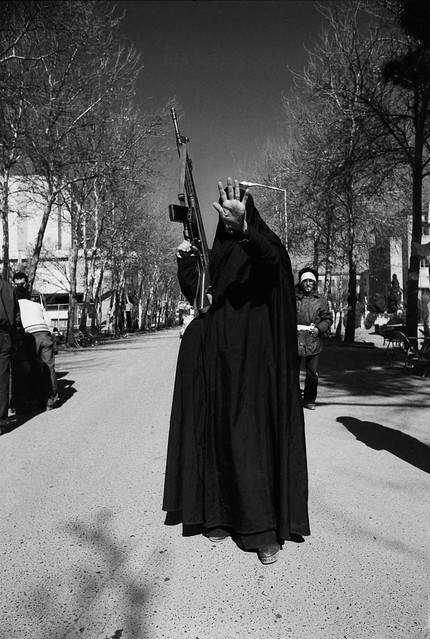 Revolution and war prompted questions about the identity of Iranian society. It’s a thousand-year-old civilisation that most recently has put on the shape of the Islamic Republic, with a stress on the religious dimension of Iran’s legacy. The sanctions and isolation the revolution provoked have also played a role. But now lifestyles are changing, exhibition contributors say. Young Iranians face a choice: follow tradition or adopt modernity.
People have become more lonely than ever, states photographer Nazanin Tabataee Yazdi. In his works he shows the young Iranians who try to overcome their loneliness by owning a pet. The practice that is frowned upon by religious authorities. But in the big cities, it is now common to see people walking dogs – that was unimaginable just after the revolution. 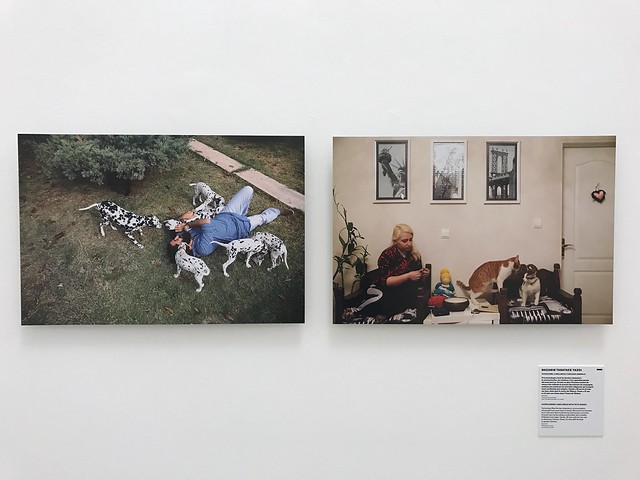 After China, Iran has the highest execution rate in the world. Executions happen early in the morning and people from the neighbourhood where it takes place often come to watch. Photographer Ebrahim Noroozi captured the scene in 2012. And Arash Khamooshi in the image from the series “Act of forgiveness” shows how the family of a victim helps to remove a noose from a convicted murderer in front of the crowd assembled to witness the punishment. 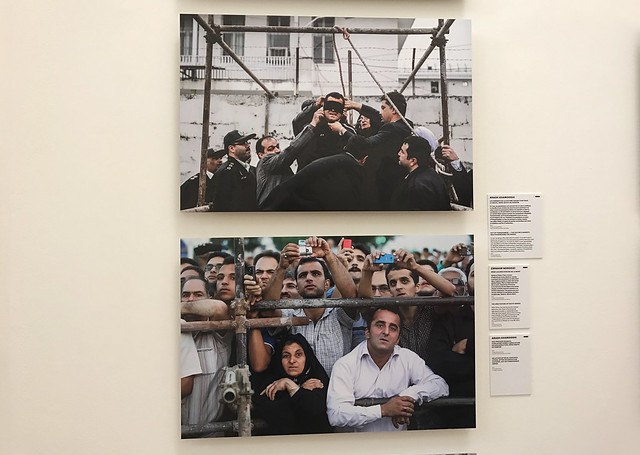 Tahmineh Monzavi was taking pictures in the government-run women’s shelter for three years. There she met women of all ages, most of them substance abusers. The photographer keeps in touch with a transgender woman who on seeing the photos of her past was stunned at how she had since managed to ‘return to life’. 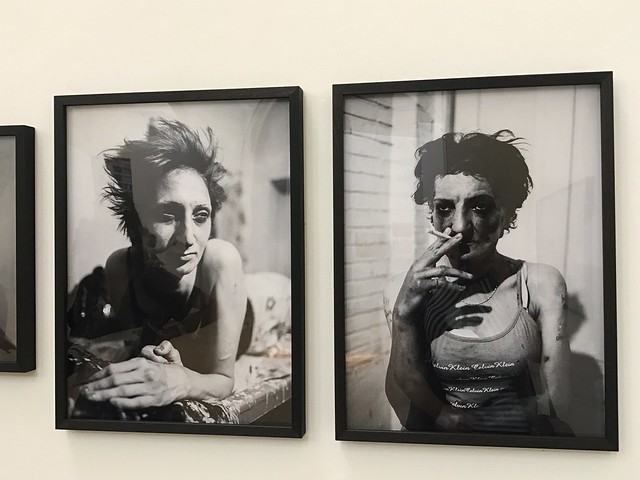 Gohar Dashti in her “Modern Life and War series” shows the intimate scenes of everyday life and a deadly context bearing the signs of conflict. 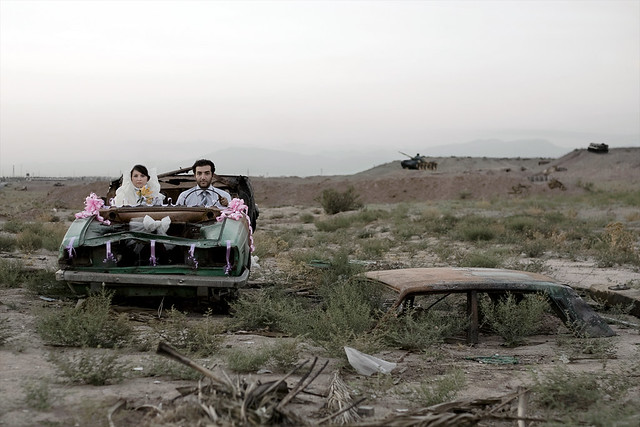 Halya Shyyan, an exhibition visitor, was especially impressed by the works of Saba Alizadeh from his “Light and soil series”.

“This exhibition is really impressive because of the many thought-provoking pictures based on the situation of the country at the war and after the war. The project which impressed me the most is the one with the projection of the soldiers’ pictures on a sofa or a bed in the interior. These are soldiers who became heroes. The images try to show the life they could live but didn’t because of the war.” 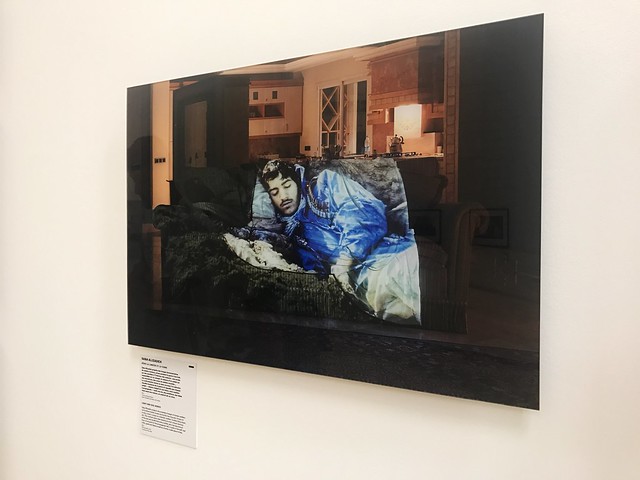 The opening week of the festival also held an evening screening event “Iran now” where Iranian photographers described their projects and spoke about the changes happening in their country.