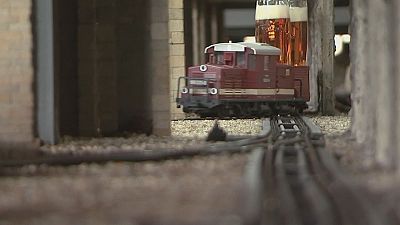 Ordering a beer is a whole new experience in some restaurants in Prague, with a 400-metre miniature railway system that avoids arguments about who goes to the bar by delivering drinks to the tables.

There are three railway restaurants in the Czech capital and now the owner wants to export the concept.

Petr Fridrich from the Vytopna restaurant said: “We were looking for an interesting place in the United States and we ended up in Chicago. We wanted to start making beer and so that added to our decision.”

“There is also a large German community, they know what beer is about and a significantly large space was available. So at the moment, we are finalising the last details of the rental contract.”

If business goes well, the plan is to have 30 restaurants in the US and franchises in China.

One customer said: “It’s cool because if they could do this with food, you don’t really need waiters. So the concept is pretty cool.”