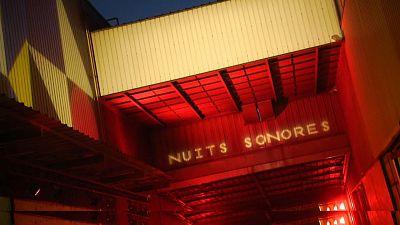 <p>The French city of Lyon’s “Nuits Sonores” electronica festival has kicked off for its 15th edition, and even the heightened security isn’t dampening the festival goers’ spirits.</p> <p>About 200 djs and musicians from around the world are on the 24-hour-a-day bill, but once upon a time this music was seen as disreputable, and was even supressed.</p> <p>“In fact the way this music was understood previously was as something subversive, even though it was primarilly hedonistic, all about having fun. And it was all about sharing, a diversity of styles, sources and fans, and that mixed culture was reflected in the audiences. Everyone could find their place within it, and that was very interesting. What we have done is to enlarge the electronic community, and today it’s become a culture accessible to and belonging to all. It has a large public and that following has taken over the movement,” said festival co-founder and director Vincent Carry.</p> <p>Hip-hop, rap, jungle, garage and techno are all on the menu with international stars stars like The Chemical Brothers and French star DJ and producer Laurent Garnier among the highlights. Fifteen years ago some 15,000 people came to rave. This year 140,000 are expected, and the beautiful city of Lyon has plenty to offer the tired and hungry when they stop dancing…if they ever stop.</p> <p>“In 15 years this festival has managed to become one of Europe’s most important electro music events. So until Sunday you can dance in Lyon until sunrise,” reports a very happy Wolfgang Spindler, for euronews.</p>