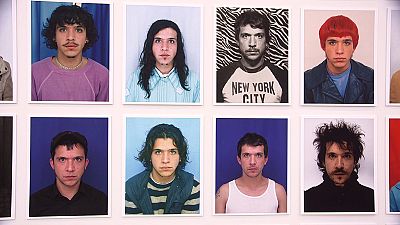 Can a selfie be a work of art?

An exhibition at London’s Saatchi Gallery – From Selfie to Self-Expression – explores the history of autoportraits over five centuries, from the great masters like Rembrandt, to van Gogh, Picasso and contemporary artists.

Our show ‘From Selfie to Self-Expression’ with HuaweiMobileUK</a> opens tomorrow! Stop by the Gallery to see yourself in a whole new light. <a href="https://t.co/XxyH3RatcM">pic.twitter.com/XxyH3RatcM</a></p>— Saatchi Gallery (saatchi_gallery) March 30, 2017

And now with modern mobile phones, you don’t have to be a painter or a photographer to create a self-portrait, because everybody has a camera.

Nigel Hurst, curator and CEO at the Saatchi Gallery, said: “For centuries we have shared images of ourselves; now we do that on a mass level.

“But now also we have the technical wherewithal through the smartphones that we all carry around with us, to actually not just document ourselves but document those around us, document the world, document what we found noteworthy, what we find beautiful as more as of an experiential thing, so maybe we are at a tipping point, maybe we can look inwards and outwards at the same time.”

The gallery launched a “selfie competition”, and out of fourteen thousand entries, the winner was British artist Dawn Woolley, who places photocopies of herself in the real world instead of her.

The mobile phone industry is increasingly aware of this emerging role of the smartphone as an artistic medium.

“So it’s not just photography for photography’s sake, but we are really trying to evolve it to give people that power to express themselves in new and interesting ways, above just snapping. It’s a more considered action than what we maybe had in the past.”